SAN FRANCISCO — Klay Thompson knocked down eight 3-pointers on the way to 30 points, Stephen Curry scored 29 with six 3s, and the Golden State Warriors advanced to the Western Conference finals by beating the Memphis Grizzlies 110-96 in Game 6 on Friday night.

Curry found his shooting touch late and made two straight baskets late in the third for a 78-77 lead entering the final 12 minutes. Draymond Green contributed 14 points, 16 rebounds and eight assists. Kevon Looney grabbed 22 rebounds and Andrew Wiggins scored 10 of his 18 points in the fourth with a pair of timely 3s.

Golden State — eliminated by Memphis in the play-in tournament last year — withstood a testy series to advance to the conference finals for the first time since 2019, when the franchise reached its fifth straight NBA Finals before losing to Toronto in the deciding Game 6 .

“Whoop that trick!” the delighted, raucous home crowd chanted in the waning moments, the fans’ steal away from Memphis.

Dillon Brooks scored 30 points with a career-best seven 3-pointers but picked up his second flagrant foul of the series. Desmond Bane added 25.

Curry checked back in for the final 8:21 and delivered a 3 with 5:45 remaining off a beautiful bounce pass by Green. Looney found Green for an easy dunk the next time down, capping a decisive 10-0 run.

After Wednesday’s 134-95 debacle on the Grizzlies’ home floor in which they trailed by as many as 55 , the Warriors were determined to do everything better, especially cutting down on the 22 turnovers leading to 29 points. 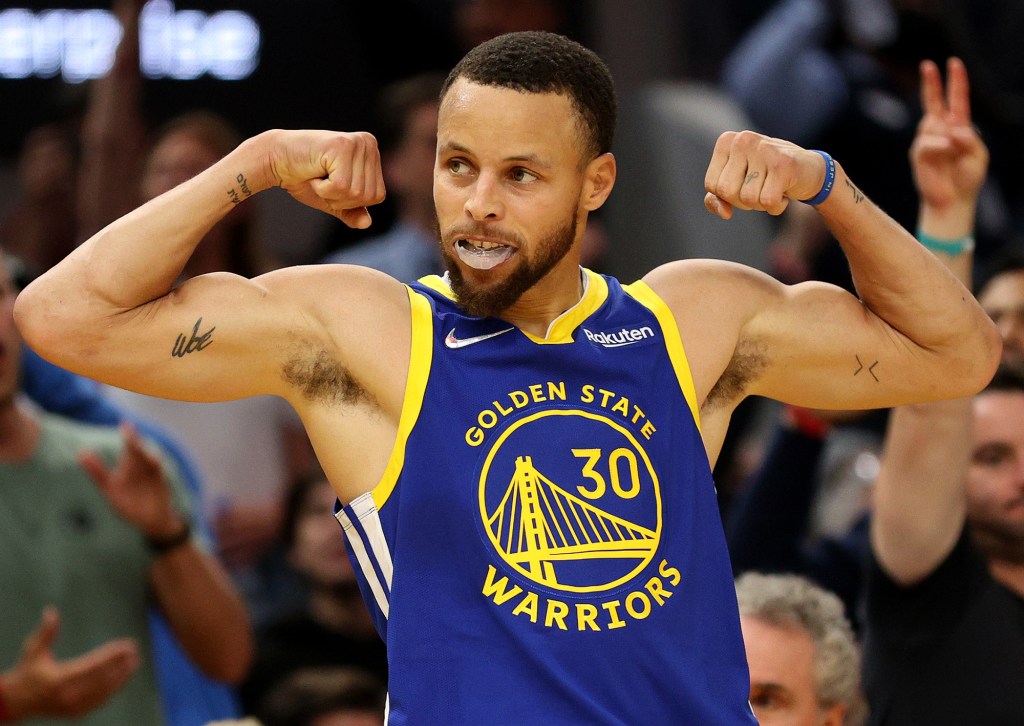 Stephen Curry flexes during the Warriors’ win over the Grizzlies. Getty Images

Bane scored the first two baskets of the game before the Warriors ran off 10 consecutive points, with a pair of layups by Green and a 3 by both Curry and Thompson.

Looney started after Jonathan Kuminga had the previous three games following the injury to guard Gary Payton II. He broke his left elbow in an awkward fall after being hit over the head by Brooks in Game 2 that earned Brooks a Flagrant 2 foul and one-game suspension.

He was booed loudly again at every chance by the sellout crowd at Chase Center. When Payton was shown on the big screen during a first-quarter timeout he received a rousing ovation and touched his hand to his heart before encouraging them to get louder. 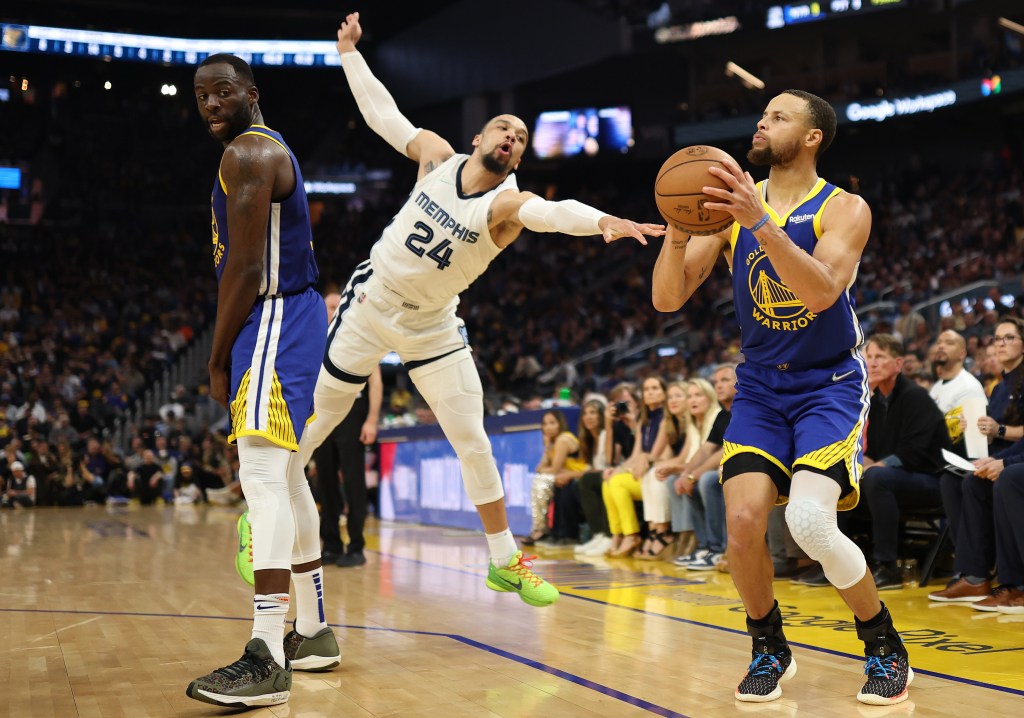 Stephen Curry shoots during the Warriors win over the Grizzlies. Getty Images

Memphis again played without All-Star guard Ja Morant, who missed his third straight game with a bone bruise in his troublesome right knee that the Grizzlies blamed on Jordan Poole pulling on the knee while going for a loose ball in Game 3.

Center Steven Adams limped off gingerly on his right ankle and headed to the locker room 3:23 before halftime but returned. At the same time, Brooks received a flagrant foul 1 for taking down Curry and the Grizzlies forward and Thompson were hit with double technicals.