Shaquille O’Neal is not ready to apologize to Ben Simmons for doubting the severity of his back injury until he hears from the Nets guard.

O’Neal, who has been a vocal critic of Simmons throughout the season, recently spoke to Bleacher Report’s Taylor Rooks about the matter.

“When you leave people room to speculate, they’re going to make their own speculation,” O’Neal said.

“If I said something that was hurtful, maybe he should call me and say, ‘Hey, you said this.’ I’m intelligent enough to stop time and say, ‘Okay, when did I say it?’ And then I say, ‘You know what, that wasn’t right.’”

O’Neal said that a mix of speculation and facts has informed his commentary.

“But right now, we just going on speculation — and some facts, because I’ve got some people where he is. So I know a lot and I see a lot. But he hasn’t said why he’s not playing,” O’Neal continued.

Ben Simmons was seen warming up ahead of Game 3 between the Nets and Celtics in April 2022.Corey Sipkin for the NY POST

Simmons missed the entire 2021-22 season. His saga began in Philadelphia, where he demanded a trade last offseason and then cited mental health issues for his absence from the court.

The 25-year-old Simmons got his wish in February, when he was traded to the Brooklyn Nets in a blockbuster deal that James Harden sent to Philadelphia. Simmons did not return to the court due to a back injury and elected to undergo surgery in early May, shortly after the Nets were swept by the Celtics in the first round of the NBA playoffs.

O’Neal had been highly critical of Simmons in April, when he was expected to return for part of the Nets-Celtics series. 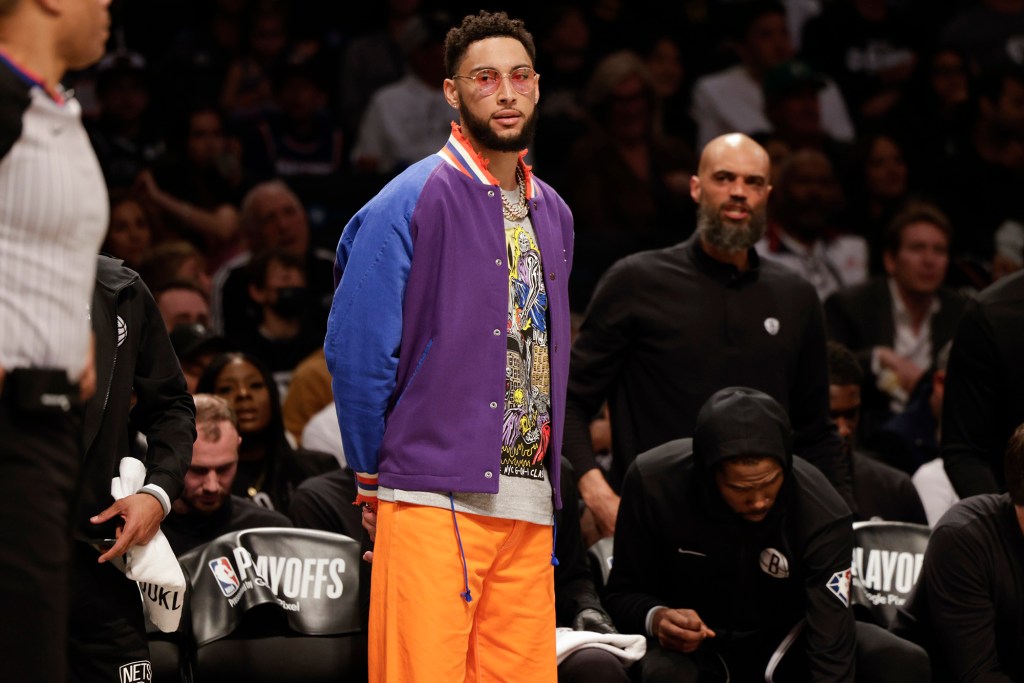 Ben Simmons appears on the bench during Game 3 between the Nets and Celtics in April 2022.Corey Sipkin for the NY POST

“In the hood we call this a punk move,” O’Neal said during an edition of “Inside the NBA” on TNT.

“You know, when things are going good, ‘Oh yeah I’m going to play in Game 4.’ Now that [the Nets] lost, ‘My back hurts.’ Well, if your back hurts, get some Icy Hot. I’ll send it to you,” said O’Neal, who counts the pain-treatment product among his many endorsements.

He continued to eviscerate Simmons.

“I think you should step up to the challenge and help your team win. But no, the punk move… we all know what that is,” he continued. “Ballers know what that it… Guys that live this life, we know exactly what you’re doing buddy.”