Bob Lanier was home, for the final time.

He may have been born in Buffalo, blossoming into a star at Bennett High School after getting cut from the team as a sophomore. He may have become an essential part of two different NBA franchises, in Detroit and in Milwaukee, both of which would retire his No. 16 jersey. He earned a bust at the Naismith Memorial Basketball Hall of Fame in Springfield, Mass.

And he may have settled into a happy civilian life as an assistant coach to Don Nelson in Golden State, and then as the NBA’s global ambassador under both David Stern and Adam Silver, spreading more goodwill at the game’s grassroots level than anyone ever has; he did this in the warmth of Arizona.

But home was St. Bonaventure. Home was the company of teammates with whom he led the Bonnies to the brink of immortality. Home was this small, out-of-the-way corner of the Southern Tier, where he left behind a vintage pair of his size-22 Chuck Taylors and an enormous chunk of his heart.

“I learned to be a man here, and how to treat people the right way,” he said in a quiet moment that December weekend in 2019, when Lanier and the rest of the 1969-70 Bonnies gathered to be feted on the 50th anniversary of the team’s remarkable trip to the Final Four. “I learned about love and about loss and how to handle them both.” 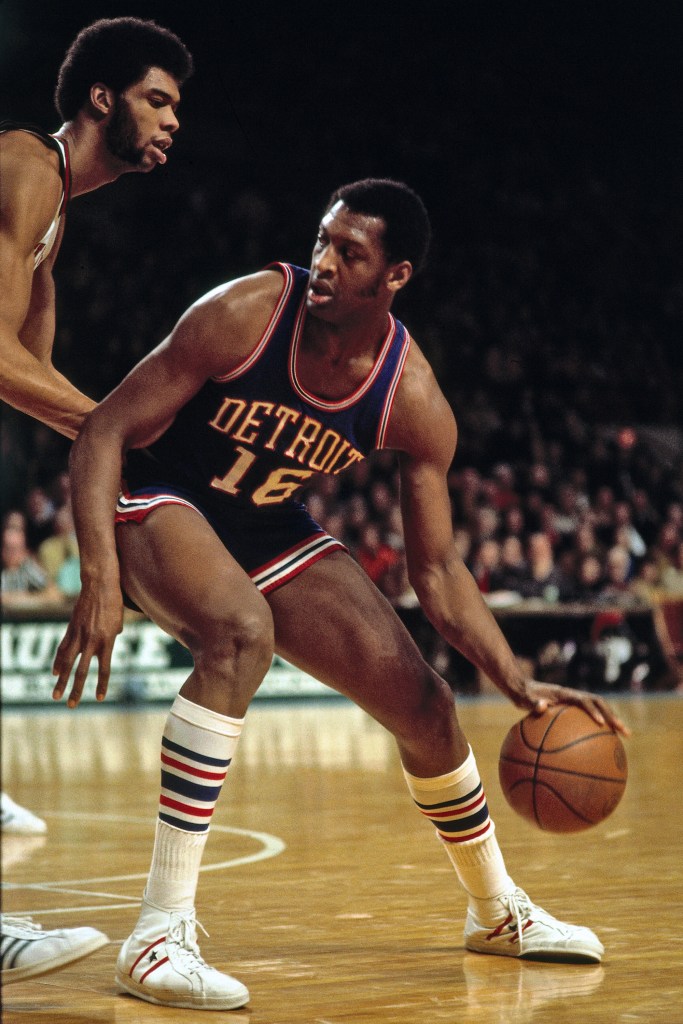 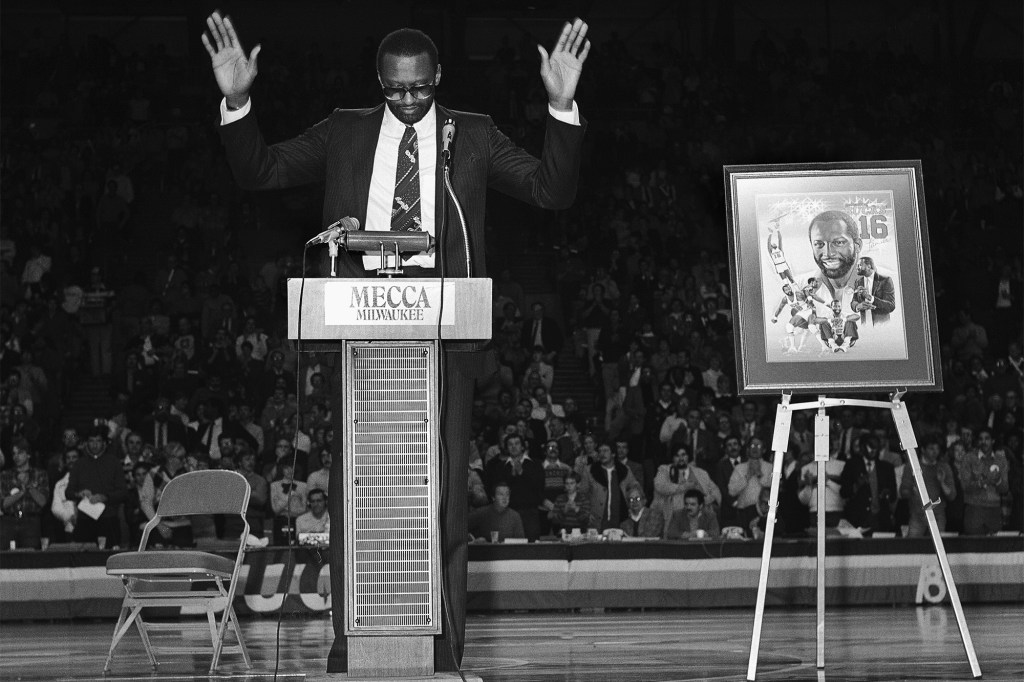 Bob Lanier has his Bucks jersey retired during a ceremony on December 4, 1984.NBAE via Getty Images

There was an unspoken melancholy surrounding Lanier that weekend. He’d been through some health issues, and just getting to Olean from Arizona had been a chore. Most of his life he was a gregarious, outgoing soul, eager to engage on any subject you like; now he spoke in quiet, hushed tones.

Lanier died late Tuesday night at 73 after a short illness, and his passing left an entire sport in mourning.

An eight-time All-Star, Lanier won the 1974 All-Star Game MVP and averaged 20.1 points and 10.1 rebounds in 15 seasons when his nightly opponents included the likes of Wilt Chamberlain and Kareem Abdul-Jabbar, Willis Reed and Nate Thurmond, Dave Cowens and Wes Unseld. He was legit as a player, don’t worry about that.

But he was also an active voice in the Player’s Association. He was something of a greeter for young players entering the league, forever offering his phone number, telling them to lean on him whenever necessary, generous with advice. And he spent so much time spreading the league’s gospel that, as Kenny Smith noted on TNT, “he wasn’t just an ‘ambassador.’ He was actually The Ambassador.”

And, of course, there was this eternal tribute from Kareem, as Roger Murdock, in “Airplane”: “Tell your old man to drag Walton and Lanier up and down the court for 48 minutes!” 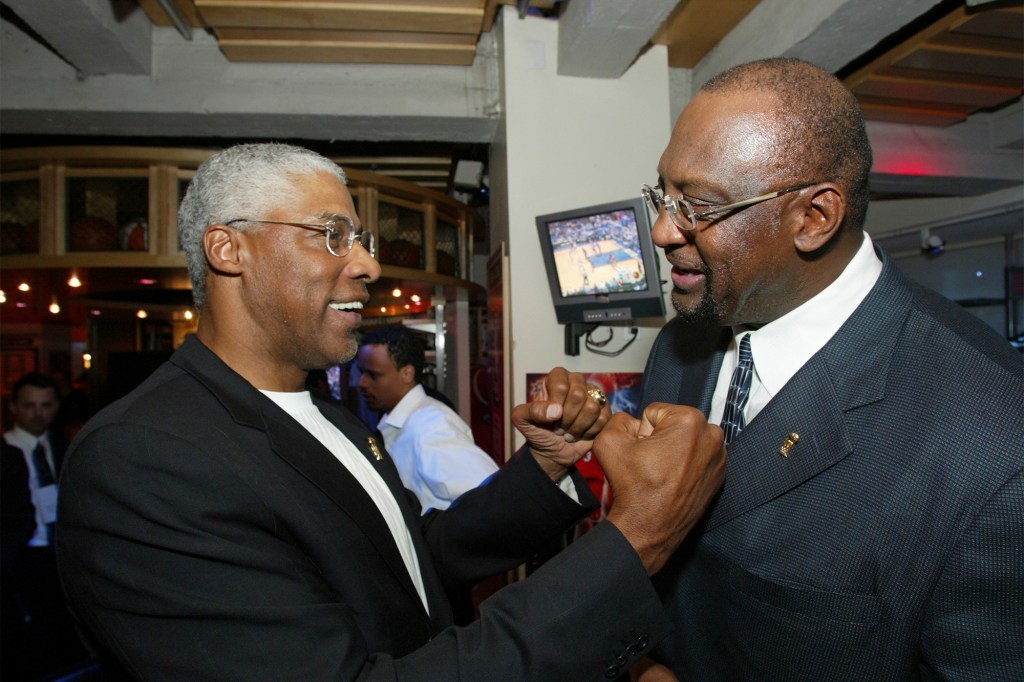 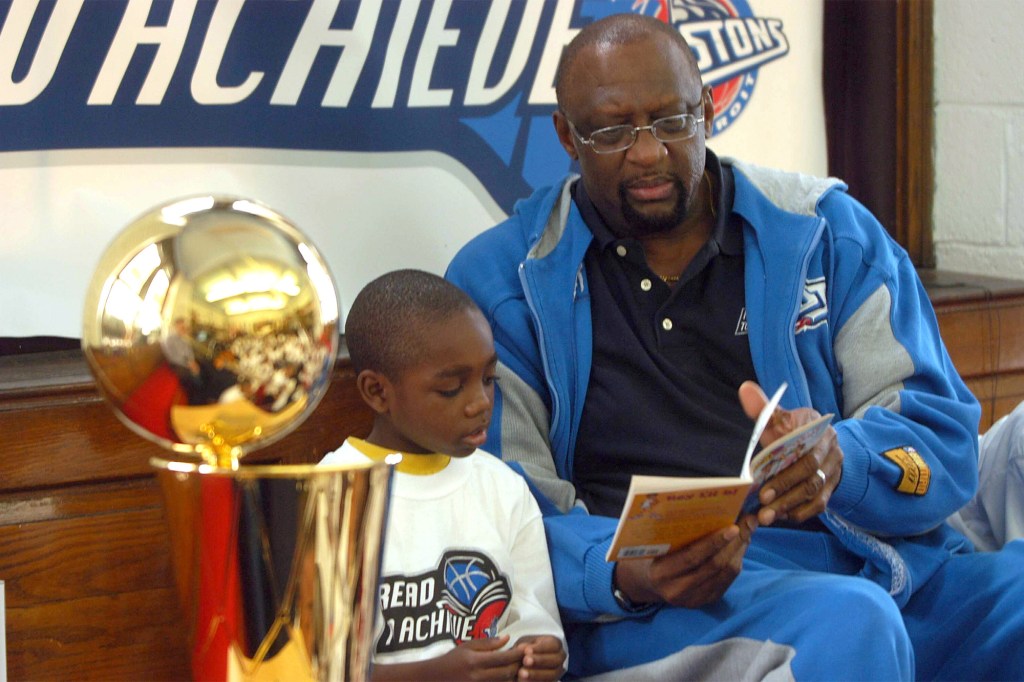 Bob Lanier reads to kids as part of the NBA’s Read to Achieve program at a Detroit school in 2004.NBAE via Getty Images

It was Lanier’s misfortune to spend 10 years with some terribly pedestrian Pistons teams, then five years with the Bucks when they were very good – just never good enough to bypass the Sixers or Celtics in the East. That was disappointing.

But the genuine heartbreak of Lanier’s life had come in March 1970. The Bonnies beat Davidson and NC State and were crushing Villanova midway through the second half of the East Regional final when Lanier collided with Nova’s Chris Ford – a future Detroit teammate – and tore his medial collateral ligament.

So while his teammates played Jacksonville in the Final Four a week later, trying to figure out how to guard twin 7-footers Artis Gilmore and Pembrook Burrows, Lanier was in a hospital bed in Buffalo, eating his heart out.

There were times when he could joke about that. The Bonnies never did get a crack at UCLA, which was between the Kareem/Walton eras and had Steve Patterson playing center.

“Steve Patterson!” Lanier exclaimed over the telephone one night in 1990. “You call Steve Patterson, tell him to meet me on any court he wants, and I’ll drop 35 on him tonight, at age 42! In my street clothes!”

But he also felt a nagging sense that he’d let his teammates down. Those teammates never felt that way of course. They’d been treated to an up-close view of greatness. And the folks who care about the Bonnies…

Well, when Lanier was introduced at halftime that weekend, the ovation lasted two minutes—and would’ve stretched further if Lanier hadn’t pleaded for a moment to talk.

“The injury hurts my heart,” Lanier said. “But this university has always shown me nothing but love. This is home. And it is so good to be home.”