Stephen A. Smith fed up with Kyrie Irving in a 6-minute rant

Stephen A. Smith provided 24 hours’ notice that he was going to deliver a rant for the ages about Kyrie Irving, and the man fulfilled his promise.

Smith, who promised a response to Irving’s series of tweets Thursday that ripped the media as puppets for a racist society, spoke on ESPN’s “First Take” on Friday and called Irving “one of the most delusional athletes in American history.” He said the Nets point guard — who missed chunks of the season while not complying with a vaccination mandate and underwhelmed in the team’s first-round sweep by the Celtics — was “slick” in “trying to get away with something that I’m not gonna let him get away with.”

“You can try to paint this issue, Kyrie, as anything you want to,” Smith said. “What it comes down to is you don’t want to show up to work. You want to do what you want to do, when you want to do it, how you want to it, while you got your hand out for someone else’s money.

“And then when you get called on it, we’re the peons. We’re the ones who are puppets. So before you excoriated us. Now you’re pitying us. Because you want to highlight the puppet masters who you are worth billions to. You’re not worth billions, bro. Millions, yes. Billions, no. That’s delusional. You gave that up years ago.”

Stephen A. Smith lacerated Kyrie Irving as someone who doesn’t want to go to work.Screengrab/ESPN 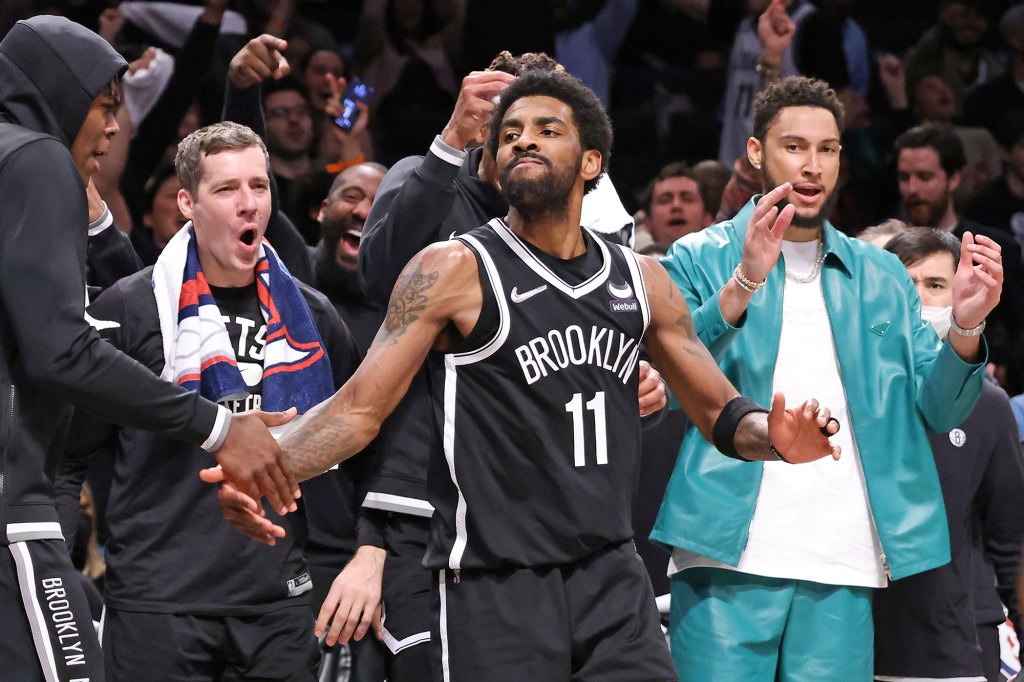 Kyrie Irving went after sports media in a series of tweets on Thursday.Charles Wenzelberg/New York Post

Irving had posted a number of tweets criticizing the sports media.

“When I see my name or my brothers/sisters names getting spun through the media, I refer to all my research about who they are,” the Nets guard tweeted. “Their job is to CONTROL PUBLIC PERCEPTION, all while profiting off discussing, discrediting, and disrespecting people’s lives for entertainment.

“I send shots at the puppet masters, not the puppets,” he continued. “All puppets do is run around society, trying to gain popularity and state opinions. What a life! [Shrug emoji.] My name is worth billions to these media corporations. My brothers and sisters who deal with this know exactly what I mean.”

I send shots to the puppet masters, not the puppets. All puppets do is run around society, trying to gain popularity and state opinions. What a life! 🤷🏾‍♂️

My name is worth billions to these media corporations. My brothers and sisters who deal with this know exactly what I mean.

Smith called Irving “arguably the most spectacular talent in the NBA,” but pointed to all the games he has missed over the years. He brought up a time Irving dropped 60 points, and NBA legend Isiah Thomas, a longtime Irving backer, gloated about it to Smith. However, Smith said, this was an example of what he was talking about — a splendid talent who did not fulfill his natural gifts on a consistent basis.

“Kyrie actually looks down on us because we want to see him play,” Smith said.

Smith brought up that Irving missed about 60 games in his first season with the Nets and more than 50 this year.

“Kyrie Irving is one of the greatest professionals at missing work,” he continued, pointing out that the NBA offseason is six months — “on top of the 53 games he missed!” — after getting paid $30 million.

“Here you are, you don’t want to work unless you want to do it when you want to it,” Smith ranted. “You come back from the [vaccine] mandates, and even though you had spectacular games, there were other games that you struggled. And literally he went on the record that he didn’t have his legs. That he was tired.

“Well, what the hell were you doing all that time off?? It’s beyond the pale to ask that question? And then you go out on a Twitter rant and you go and spew this stuff. Why? Because the media that gets paid to cover the sport is asking you about the sport you voluntarily signed up to play, getting paid an exorbitant amount to play. Half the time you don’t show up to work. They point it out. They point out the load that you put on your teammates because of your absence, and talk about how that may very well be the reason you got swept out of the first round. And that is on us?”

Smith found it “weak” and “sad” that Irving was portraying himself as a victim.

All in all, Smith spoke for nearly six minutes uninterrupted in his takedown of Irving.