This is how commissioner Adam Silver must have envisioned it the night of the Zion Williamson draft in 2019, when the Duke superstar officially became a New Orleans Pelican.

A packed house at Smoothie Center sounding as loud as the Superdome next door.

It all happened on a crazy, historic evening in the Big Easy when basketball – not football – was king. Except Williamson was on the bench in a black sweatsuit, a spectator now officially missing all of his third season.

A New Orleans campaign played without Williamson ended with a heartbreaking 115-109 loss to Phoenix on Thursday night. the no 1 seeded Suns ousted the long shot Pelicans, but only because of Paul’s never-seen-before-in-the-playoffs 14-for-14, eight-assist, 33-point masterpiece.

Zion Williamson before the Pelicans playoff game against the Suns.AP

Phoenix put the Pelicans into the offseason but not without New Orleans stamping itself as a Western Conference threat for years to come with an array of intriguing young and veteran pieces.

Imagine when the explosive Williamson comes back healthy next season alongside bullish center Jonas Valančiūnas and two studs in Brandon Ingram and shooting guard CJ McCollum.

“Looks like we’ll be in a lot of postseasons,” Ingram said afterwards.

“The future is very bright,” said McCollum, the brilliant trade-deadline pickup from the Blazers. “ I’m thankful to be here — welcomed with open arms and we hit the ground running. And we’ll have an all-world player coming next year. I’m excited to go through a full training camp. The motivation is real showing how close we are but how far we are, going against the defending (Western) champs.” 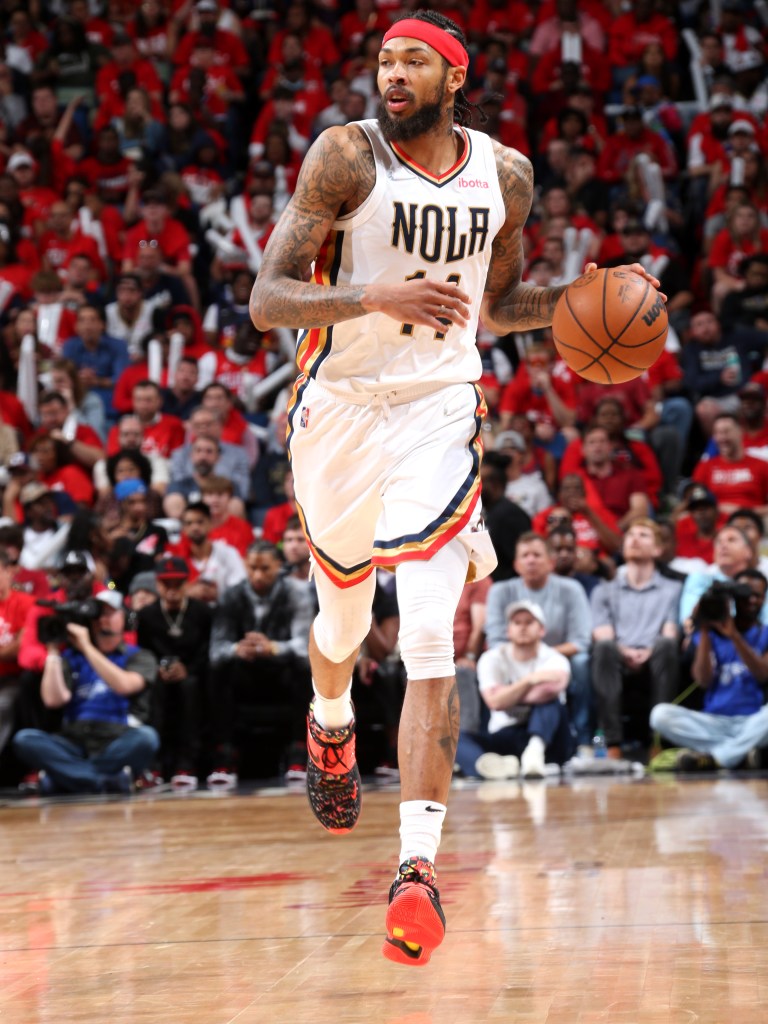 Brandon Ingram is an emerging star for New Orleans.NBAE via Getty Images

First-year coach Willie Green, the former Suns assistant, was in tears on the court afterward. Green was embracing all the Suns players, including one of his closest former players in Paul.

“Extremely proud,” Green said. “We got a great group and fought all the way to the end. So proud of everything we accomplished. One of the toughest things I had to do was coach against people I love.”

These should be tears of joy for the rookie coach considering how far the Pelicans came after earning the 10th seed with a 36-46 record after a 1-12 start.

They bounced the Spurs and Clippers in the play-in tournament and scared the daylights out of the title-favorite Suns the entire series. The point differential for the six games was plus-8.

Thursday, the Pelicans led 104-103 with 2:00 left after Ingram’s driving bucket. Ingram, McCollum and Williamson have the potential to be the Big Easy Big 3. New Orleans, though, flashed other young weapons during their spring run.

Rumored to be unhappy in New Orleans, Williamson can’t look elsewhere now. It was a positive sign that he was supremely engaged on the sidelines.

Williamson may look forward to joining the Pelicans’ “Three Amigos” – Herb Jones, Jose Alvarado and Trey Murphy III. That trio of unlikely rookies have given the program substance and depth.

“This (series) shows how special we can be,” Alvarado said. “Everyone noticed.”

Jones, a second-round pick taken at 35, is one of the steals of the draft, literally. 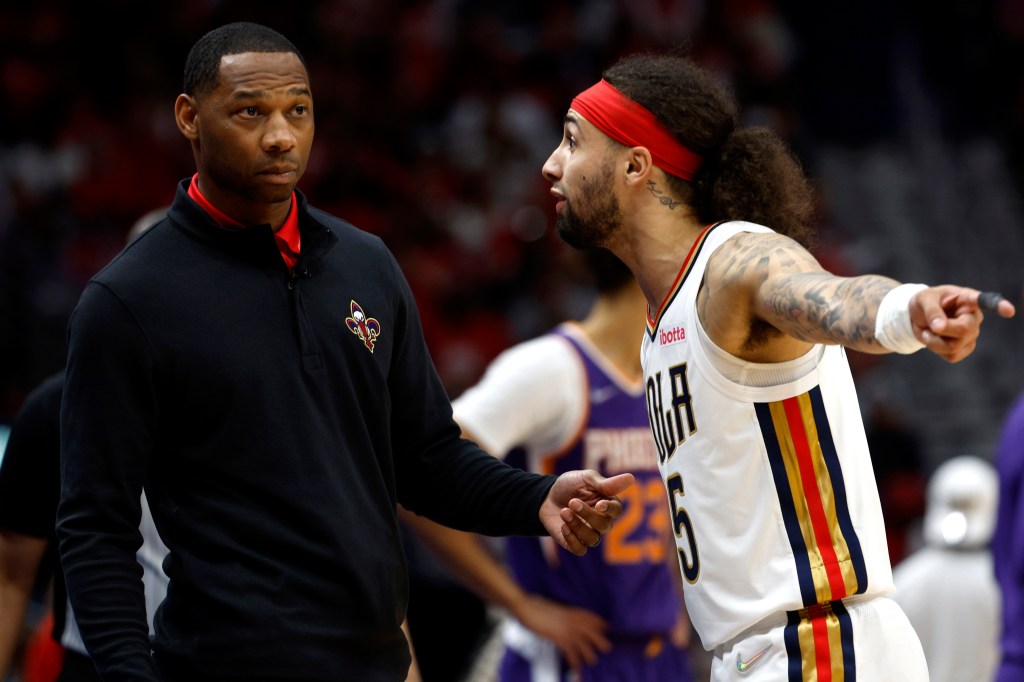 Jones, a do-everything small forward who is the cousin of Knicks rookie Miles McBride, notched four steals Thursday, including one in which he drove full court for a layup after dribbling behind his back. Green said Jones has “an unlimited amount of competitive fire.” Jones also stuffed the box score for 16 points, four assists and four rebounds

Even spunkier — and a native New Yorker — is the grit-personified point guard Alvarado. The 6-footer went undrafted because scouts sometimes forget to measure heart and pesky defense. The Georgia Tech product out of Christ The King is a decent penetrator, too, as he showed on an old-school 3-point play early in the fourth quarter, when he scored on a runner while getting slammed to the floor.

Had the referees seen the obvious CP3 elbow to Alvarado’s face on a drive late in the game, Thursday’s outcome could’ve been different. Alvarado finished with 11 points, four assists, three steals and 12 floor burns in his 31 minutes.

Alvarado said he chipped his tooth on the Paul play and added like a true New Yorker, “You can’t do that s–t.”

And then there’s the soft-shooting 3-point specialist in Murphy, their 2021 first-round pick who nailed 4-of-7 pressure-packed threes Thursday.

“It’s terrific — three rookies on the floor and they battled, are tough and not afraid of the moment,” Green said. “We stuck together all season. I’m optimistic.”

The hoopla in New Orleans – a football town – during this unlikely postseason has to make Williamson optimistic, too.

The hefty power forward’s season has been an enigma wrapped in a riddle. When training camp opened, the Pelicans first revealed Williamson’s offseason foot surgery but projected he’d be back for the season opener.

Setback followed setback and speculation Williamson wanted out with the Knicks as a possibility. The situation hasn’t gotten easier to read since Williamson has been scrimmaging 5-on-5 since late March with no indication he’d suit up. Yet he’s on videotape performing 360-degree dunks.

It’s a tantalizing prospect of adding Williamson to this assemblage and a boon for the league. The NBA has been damaged by Williamson’s injury-prone career with his weight part of the narrative.

Plug Williamson’s dynamic arsenal and powerful rebounding to this lively group and the Pelicans might be as exciting as Mardi Gras.