The Lakers are apparently playing the blame game after their Hall-of-Fame roster failed to make the play-in tournament this past season.

According to Bleacher Report, the Lakers front office is internally blaming its franchise face LeBron James and Anthony Davis for their failed Russell Westbrook experiment.

The organization reportedly felt pressure from Klutch Sports Group, which represents both James and Davis, for the blockbuster trade that landed them Westbrook.

The Lakers acquired Westbrook last summer in hopes of forming a Big 3 with James and Davis, who reportedly recruited the former NBA MVP. Los Angeles traded away its key role players, including Alex Caruso (Bulls) and Kyle Kuzma (Wizards), that were part of the team’s title run in the 2020 NBA Bubble.

In return, Westbrook had one of his worst career offensive seasons with the Lakers, and their loyal fanbase made sure he knew it — giving him the nickname, “Westbrick.”

The point guard averaged 18.5 points per game, which marked his lowest since his second season in the league in 2009-10. In the end, the Lakers’ Big 3 dream was a nightmare with injuries limiting the trio to just 21 games together.

The Lakers officially parted ways with their head coach Frank Vogel on April 11. On the same day, James was at the team facility for his end-of-season press conference, where he said he will be hands-off in roster decisions leading up to the next season.

James is up for a contract extension on Aug. 4. 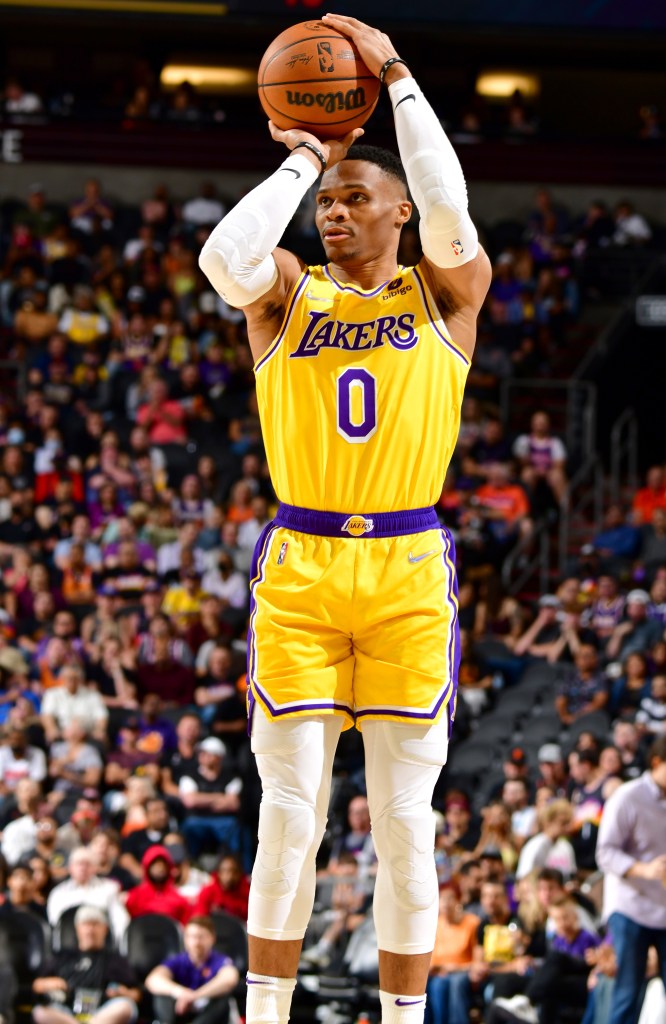 As for Westbrook? He called his relationship with Vogel “unfortunate” in his exit press conference, and said he believes the former Lakers coach had an issue with him throughout Los Angeles’ disastrous season. He added that he felt as though he had to constantly prove himself in his debut season with the team.

Westbrook — who is the highest-paid player on LA’s roster, earning $44 million — has a $47 million player option for the 2022-23 season, which he said at the time, he is currently undecided on.

In early March, Bleacher Report reported Westbrook and the Lakers had mutual interest in finding him a new team this summer.

After the Lakers were eliminated from playoff contention on April 5, Westbrook said he planned to return to Los Angeles next season. It remains in an unlikely scenario. Two days later, the Hornets emerged as a possible trade destination for Westbrook.

Celtic must ax Barkas and Ajeti