One Green backs another.

Draymond Green isn’t happy about Bill Simmons’ “f–k Jalen Green” comment that The Ringer founder made on his podcast earlier this month.

The Warriors star took to Instagram recently to question why Simmons is allowed to vote on the NBA’s postseason awards.

“How is it that this guy has a voice in deciding if Jalen Green will qualify for a super max deal?” Green wrote on his Instagram Story, according to The Big Lead.

“He clearly says F Him, which sounds very personal btw,” Green continued, tagging the NBA in his post. “But he has a say in what someone else earns? What work has he done in his life that qualifies him to have a say in an NBA players salary?”

On the April 13 episode of “The Bill Simmons Podcast,” the titular host compared Green of the Rockets to Pelicans rookie Herb Jones while discussing his picks for the NBA’s All-Rookie team.

“Now the Houston people are going to be mad at me. I’m sorry. I like winning players, I’m sorry. Jalen Green will get there, it’s just that team was 21-61 this year or whatever.”

Draymond Green after the Warriors win over the Nuggets on April 27, 2022.NBAE via Getty Images 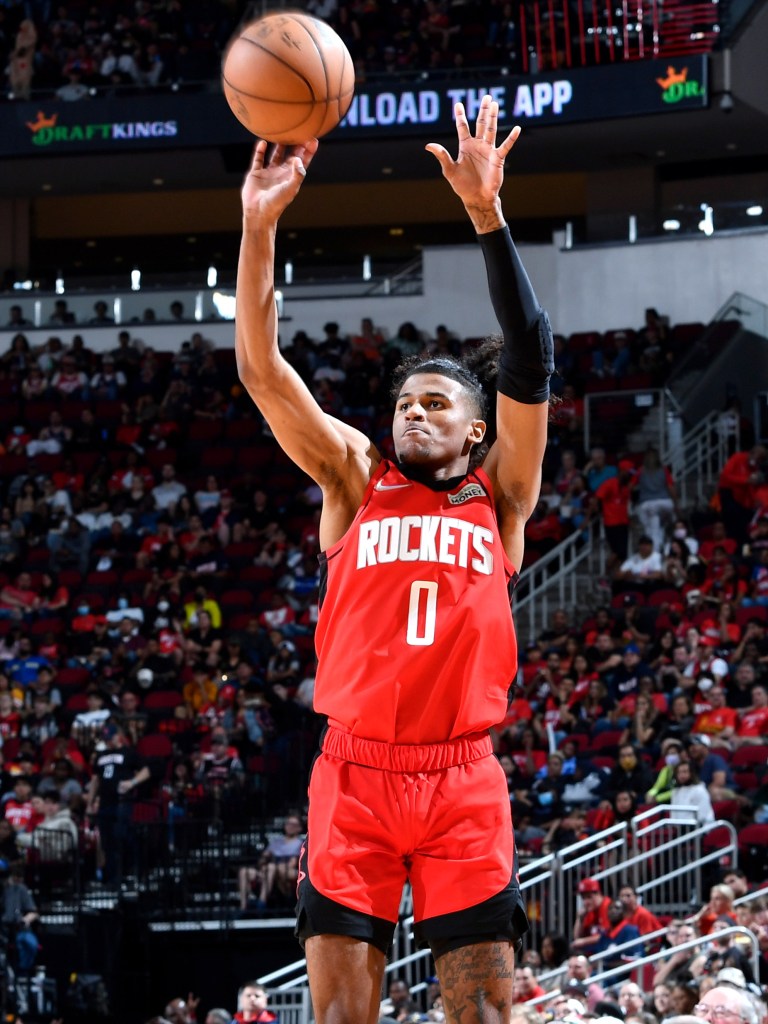 Jalen Green in the Rockets finale on April 10, 2022.NBAE via Getty Images

Simmons later took to Twitter to downplay his comments after he made headlines for bashing Green.

“This is ridiculous,” Simmons tweeted earlier this month after the episode aired. “I think we were laughing during 80% of this. My point was: I’m always leaning toward a rookie like Herb Jones who was meaningfully contributing to a decent team over someone putting up stats on a bad team. Jalen is gonna be excellent.”

Green shined on a 20-62 Rockets team in his rookie season after Houston selected him with the second overall pick in the 2021 NBA Draft.

The NBA G League Ignite product scored a career-high 41 points in the Rockets’ 130-114 season finale loss to the Hawks.

Green finished last season as the second-leading rookie scorer in the league with 17.3 points per game — behind No. 1 overall pick Cade Cunningham, who averaged 17.4 points with the Pistons.