Real Madrid are trying to tie the defender down to a new contract (Pictures: Getty Images)

Chelsea’s board are ready to follow through on Thomas Tuchel’s request to sign Eder Militao and are trying to set up a meeting with the player’s entourage, according to reports in Spain.

The west Londoners are bracing themselves for a massive turnover of defensive personnel this summer, with Antonio Rudiger, Andreas Christensen and Cesar Azpilicueta all out of contract at the end of the season and expected to leave on free transfers.

That has seen Chelsea begin scouting a host of prospective new centre-backs, with the likes of Jules Kounde, Pau Torres and Matthijs de Ligt all linked with a move to Stamford Bridge. 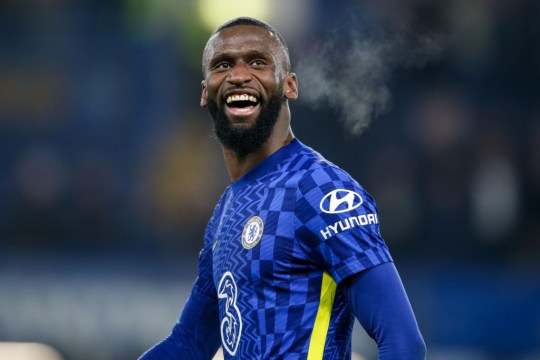 But recent reports have suggested that Tuchel’s preference is to sign Militao, with the German coach a ‘huge admirer’ of the centre-back and has made his feelings known to Chelsea’s board.

Now, according to Marca, the Champions League holders are preparing to ramp up their efforts to sign Militao and, of the many European giants keeping tabs on the Brazilian, are the ‘most persistent’ on trying to prize him away from Real.

Chelsea have requested a meeting with Militao’s entourage which will take place in the near future, though he could take some persuading.

Although the 24-year-old feels he is underpaid, he is happy in Madrid and enjoying playing under Carlo Ancelotti.

Militao’s preference is to remain at the Bernabeu, while he is reluctant to switch clubs – and countries – in a World Cup year, though both the player and Real know he deserves to be earning more after a stellar campaign.

With Raphael Varane and Sergio Ramos both having left the club, Militao has stepped up to become the bedrock of Real’s defense and leads Real’s charts in a host of different areas from clearances to headers, while no centre-back in Europe’s top five leagues has won more duels. 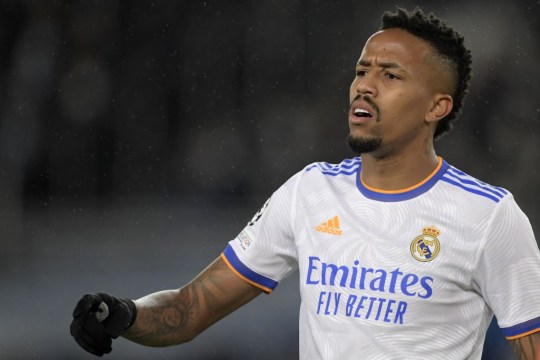 Militao is finally living up to his massive price tag (Picture: Getty)

That form has not just alerted Chelsea, with Bayern Munich also sounding him out, while Manchester United are said to have made an inquiry before pushing for Varane.

Convincing Militao to leave Real will be extremely difficult for Chelsea, but they know they can offer him an enormous pay rise compared to what he is currently earning and Real have made contract renewal talks for the defender one of their top priorities.

Real are also one of the main suitors in the race to sign Rudiger on a free transfer and are prepared to offer the German a massive contract as well as the large signing-on fee Chelsea are reluctant to match.

MORE : ‘We will see what he wants’ – Chelsea boss Thomas Tuchel speaks out on Conor Gallagher’s future