The next time we see the Knicks, they could look very different. By the time they return to the court, a full nine days after their latest disastrous loss, there may be major changes.

Coach Tom Thibodeau hinted at that very real possibility, saying after Wednesday’s ugly setback to the Nets in which his team choked away a 28-point, second-quarter lead, that “everything is on the table now.”

For starters, star guard RJ Barrett is expected to be back from an ankle injury that cost him the past four games. But that could only be the beginning. As the Knicks (25-34) continue to flounder, dropping 10 of their past 12 games to fall a season-worst nine games under. 500 and four games in the loss column out of the postseason, drastic measures could be taken.

That could mean more youth. It could be veterans hitting the bench. Remember, Kemba Walker was already taken out of the rotation once, and president Leon Rose shopped his other big offseason acquisition, Evan Fournier, at the trade deadline, as The Post’s Marc Berman has reported.

As Thibodeau said, everything is on the table, and it should be. They have now lost three games this month in which they held a 20-point edge, becoming the first team in the last 25 seasons to do so. They are trending toward playing-out-the-string territory, not getting back into the playoff mix. 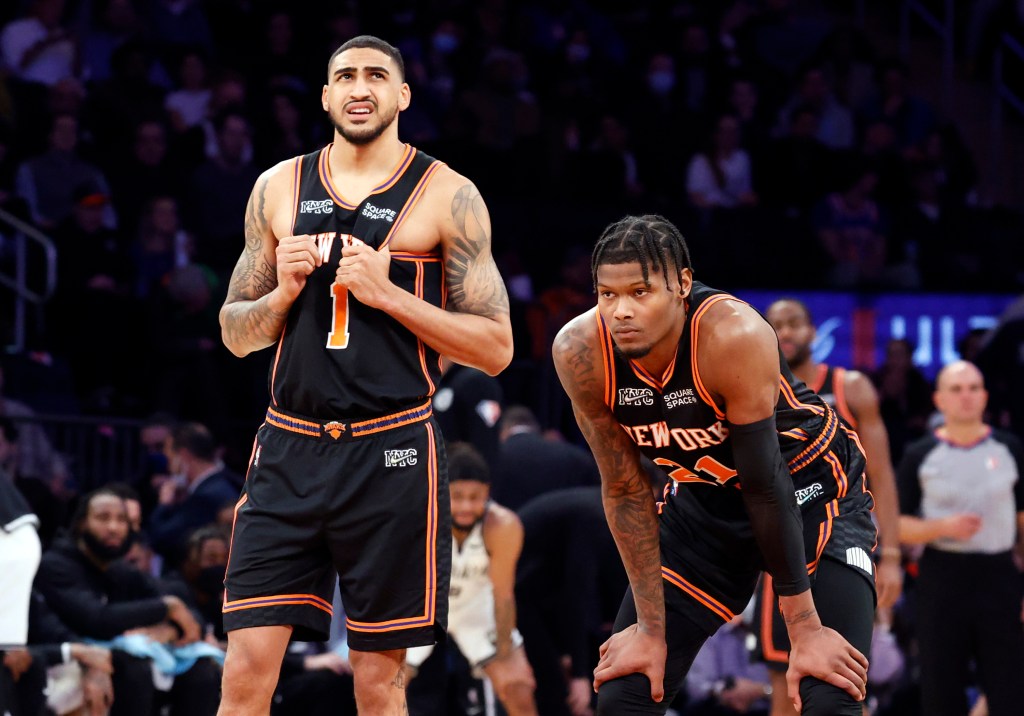 Obi Toppin (l.) and Cam Reddish (r.) during the Knicks’ loss to the Nets on Wednesday.Jason Scenes

It could be time to take a longer look at the team’s young players, whether that is Obi Toppin, rarely used rookie point guard Miles “Deuce” McBride or a more prominent role for impressive rookie shooting guard Quentin Grimes. With Derrick Rose expected to return from right ankle surgery at some point after the break, there may be a logjam in the backcourt. Second-year guard Immanuel Quickley, struggling mightily with his shot — his offensive numbers are down across the board after a strong rookie season — could see his role diminish to get a longer look at the rookies. 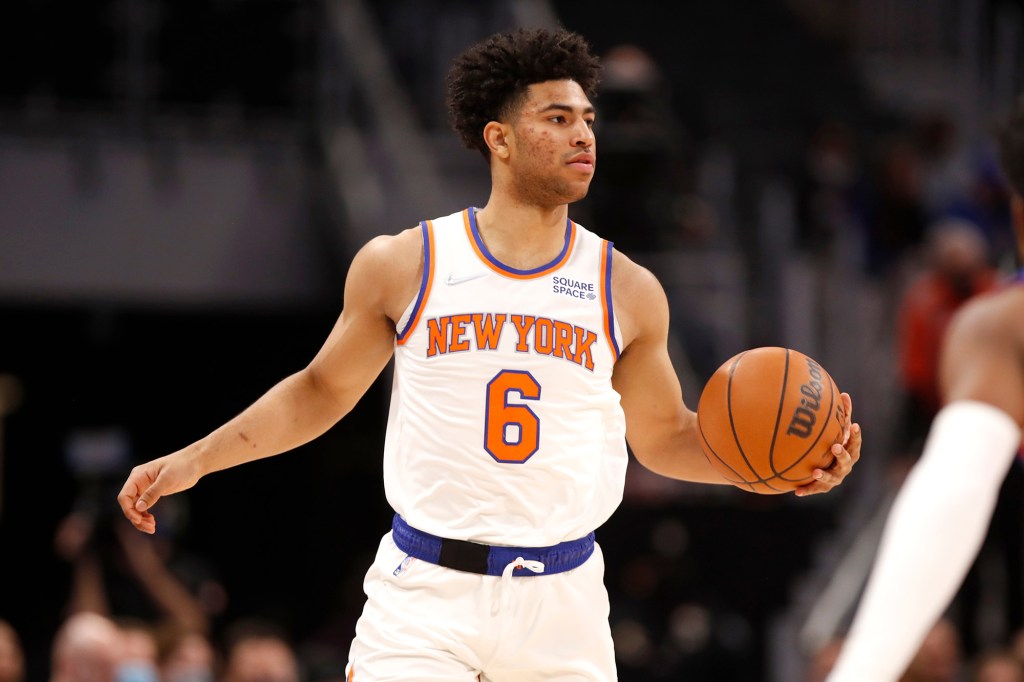 McBride, drafted in the second round out of West Virginia, had a breakout game against the Rockets on Dec. 16, notching 15 points, nine assists and four steals. But he then tested positive for COVID-19, and since the new year, has appeared in just nine games while logging a grand total of 33 minutes. Toppin hasn’t made the jump that was expected, and has seen his playing time tail off this month, averaging just 10.6 minutes per game. 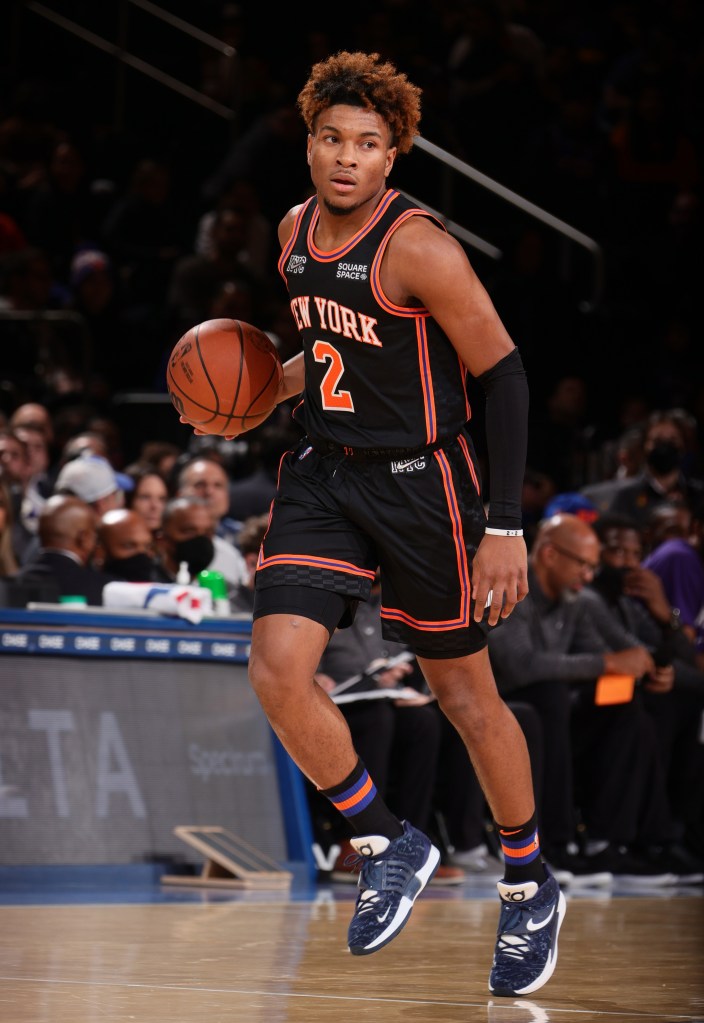 “We’ve got a young team that can get better and that’s where we have to concentrate,” Thibodeau said. “Get these guys better. look, [Mitchell Robinson’s] development, RJ’s development, Quentin’s development, [Quickley]Obi — that’s where our focus is, right, and Julius [Randle] is still young and can still grow.”

There is no guarantee more minutes for the younger players will result in more victories. But the status quo isn’t working, either. Change is needed, and as Thibodeau alluded, it could be coming.

“This,” he said, “is an opportunity for people.”

Must-haves and differentials for Matchday 23