For months, Kyrie Irving has been crying foul over New York City’s COVID-19 mandates, saying allowing unvaccinated foes to come in and play while barring him from doing so is unfair. Apparently, Mayor Eric Adams agrees.

Irving hasn’t played a single Nets home game, and couldn’t suit up Wednesday against the Knicks at Madison Square Garden due to his refusal to be vaccinated against COVID-19, though unvaccinated players from the other 28 teams are allowed play at both Barclays Center and the Garden.

“First of all, I think the rule is unfair,” Adams said Wednesday at a budget briefing at City Hall. “I believe we are saying to out-of-town athletes that they can come in and not be vaccinated, yet New York athletes do have to be vaccinated. And they also do this for entertainers, I want people to know that. Entertainers can come here without being vaccinated and performing.

“I think it’s unfair, and I’m not sure if a Boston fan created this rule, I don’t know. I’m really, really leery about sending the wrong message. Having this city closed down again keeps me up at night. The rule was put in place, to start changing it now would send mixed messages. So I’m struggling with this, just to be honest.”

Adams has taken even more of a hard line on vaccine mandates than his predecessor, Bill de Blasio, and the city just fired 1,430 unvaccinated workers.

But Adams is a former policeman, and as a cop at heart he may well follow the evidence. At least that’s what Irving and the Nets are hoping, because over the past two weeks COVID-19 infections in the city have plummeted 60 percent and hospitalizations have dropped 45 percent.

“This law in New York, the oddity of it to me is that it only applies to home players,” Silver said on ESPN. “I think if ultimately that rule is about protecting people who are in the arena, it just doesn’t quite make sense to me that an away player who is unvaccinated can play in Barclays, but the home player can’t. To me, that’s a reason they should take a look at that ordinance.”

“So while, again, my personal view is people should get vaccinated and boosted, I can imagine a scenario where Brooklyn, as part of New York City, with a new mayor now who wasn’t in place, Eric Adams, when that original ordinance was put into place, I could see him deciding to change along the way and say it’s no longer necessary to have a mandatory vaccination requirement, as I said, particularly one that only affects home players.”

Nets general manager Sean Marks has also expressed optimism recently, and Irving of course has teased the possibility of a return to play as far back as following the Nets’ win in Chicago on Jan. 12. 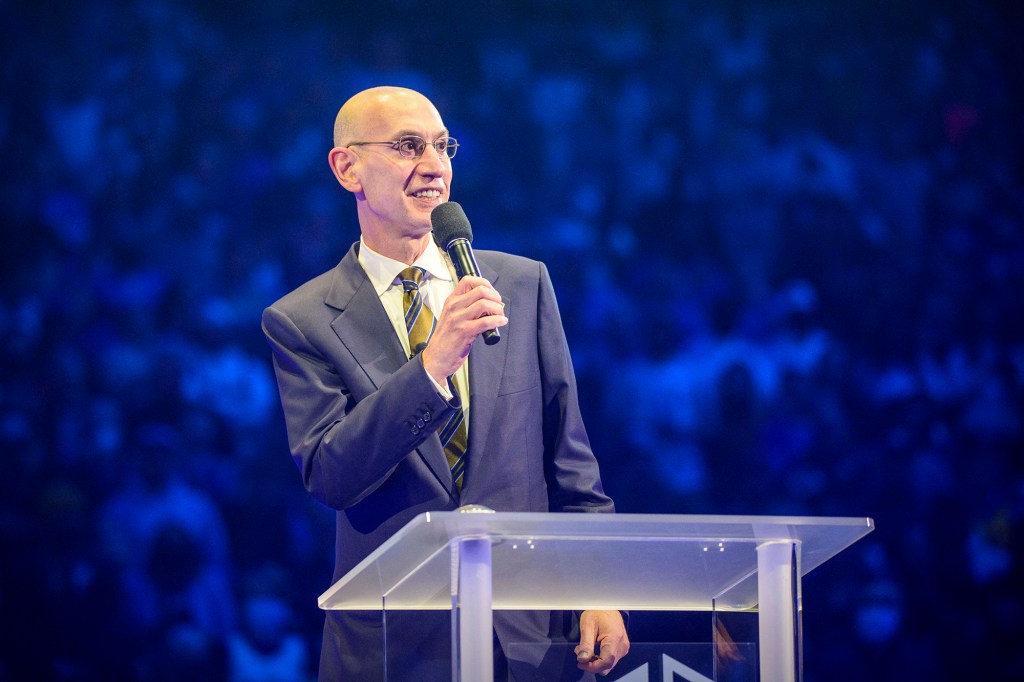 “Obviously we’re hopeful,” coach Steve Nash said. “But it’s really out of our hands. We have just to be patient and hope that the odds of it prevail in a sense. But it’s that’s not in my job description to write the city and state mandates. So I think we’re hopeful and we’re patient and we will wait for hopefully the best outcome; but whatever outcome it is is out of our hands.”

Nash said he had no idea if Nets owner Joe Tsai had been in touch with mayor’s office, and hadn’t gotten any word from Tsai or Marks that they were any more confident of a loosening of the mandate than they were a month ago.

Still with Irving having played just 14 games — and currently on pace for just eight more in the regular season — the Nets are pointing out the flaw in the mandate. But their hope has to be buoyed by the mayor pointing at the same thing.

“We understand there is some oddity in regards to it,” Nash said. “We’re dealing with a pandemic and most of us are going through for the first time.

“But I think everyone realizes that there’s a little bit of a strange loophole in this in that there are other [unvaccinated] Athletes and entertainers who can come to New York and perform, so we’re hopeful that there’s a resolution. But like I said, it’s not our — we don’t have the ability to change that.”

Liverpool can seal the deal at Anfield