This is not a great time to be a sports fan in New York. Football is already a fading memory, gone for the better part of six months, and all the NFL postseason showed is just how far the Giants and Jets have to go to become relevant teams, never mind Super Bowl champs.

Baseball? The Yankees are the Yankees, and hope always springs eternal for the Mets, who should be an interesting team to watch with the high-powered additions of Max Scherzer and Buck Showalter. But the labor stoppage is a migraine nobody needs, and despite everything management and players have to lose, who would really be surprised if this latest fight between billionaires and multi-millionaires delays the start of the season?

The Rangers will make the NHL playoffs, always a good thing, and that should help offset the free-falling expectations of the world-famous Brooklyn Nets. The eighth-place team in the East (believe it or not) had lost a staggering 11 straight heading into Monday night’s meeting with Sacramento, and now pins its long-term title hopes on the recently acquired star, Ben Simmons, who isn’t ready to play and who is afraid to shoot when he is ready.

And that brings us to the Knicks, who took the Garden floor against Oklahoma City as the 12th-place team in the East (believe it or not). The Knicks were supposed to take at least a little baby step toward contention this year, based on all the wonderful reviews they earned last year, and instead are busy proving that 2020-21 was something of a mirage — a temporary sanctuary from two decades of awfulness, followed by the kind of dispiriting basketball often played before Tom Thibodeau arrived. 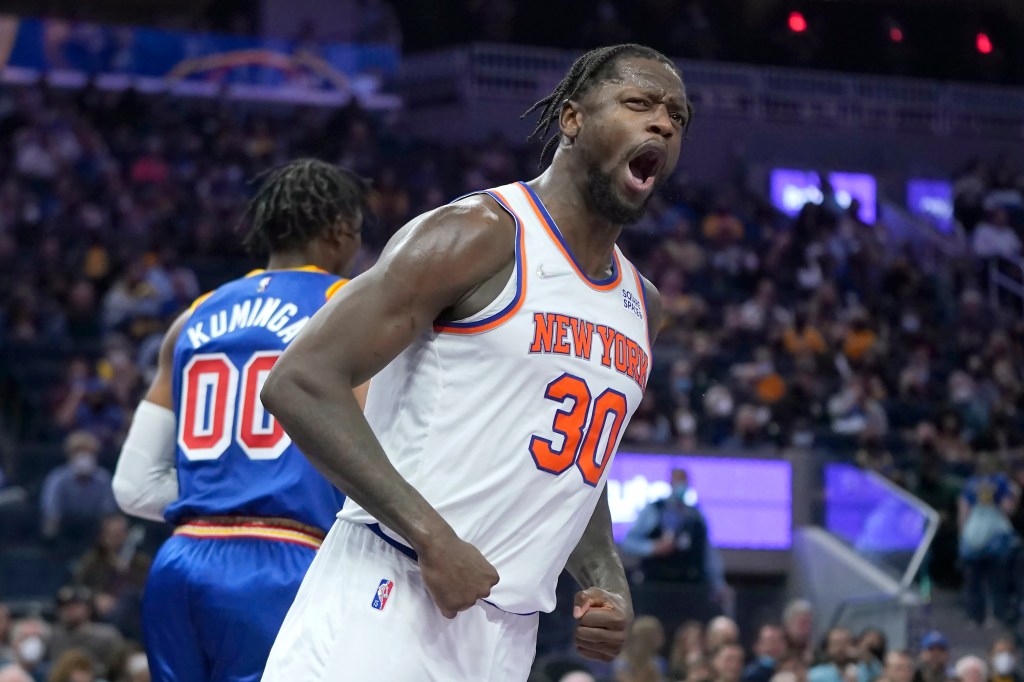 But finally, something positive appears to be emerging out of 2021-22. Julius Randle apparently rediscovered himself on the West Coast trip. It’s an odd thing, really, that the closest thing the Knicks had to a franchise player last year would stumble upon his long, lost game during a five-game stretch that saw his team go 1-4, punctuated by an unforgivable loss to a stripped-down Portland team that trailed by 23 points with 17 minutes and change to play.

“Flush it,” Randle said of the experience, “and see how I can help our team get to the [All-Star] break these last two games and finish off strong. … Hopefully we come back refreshed.”

Knicks fans can only hope. For starters, they were counting on a victory Monday night against the Thunder, an opponent 22 games under .500 that showed up without its two leading scorers. The Knicks have proven capable of losing to anyone on any court, so this wasn’t necessarily a 2-foot putt.

Oklahoma City would be followed Wednesday night by the Nets, playing without the injured Kevin Durant, Simmons and Kyrie Irving, whose unvaccinated status makes him ineligible to suit up in the Garden. As disappointing as they’ve been all year, the Knicks had a chance to right themselves a bit before the break, and before they return from some sun and fun to confront a nine-game stretch that could break them.

Miami. Philly. At Philly. AtPhoenix. At the Clippers. At Sacramento. At Dallas. At Memphis. At Brooklyn.

The Knicks will need to win some of those games to stay on the fringe of the play-in race.

Of course, that doesn’t sound like a worthy goal — joining the unwashed play-in set. But it’s all the Knicks have right now, as they started Monday night 7 ¹/₂ games behind the Celtics for the sixth and final seed in the traditional part of the postseason tournament. That, and Randle continuing to increase his value and show the rest of the league that his Most Improved Player performance was not a total one-off. 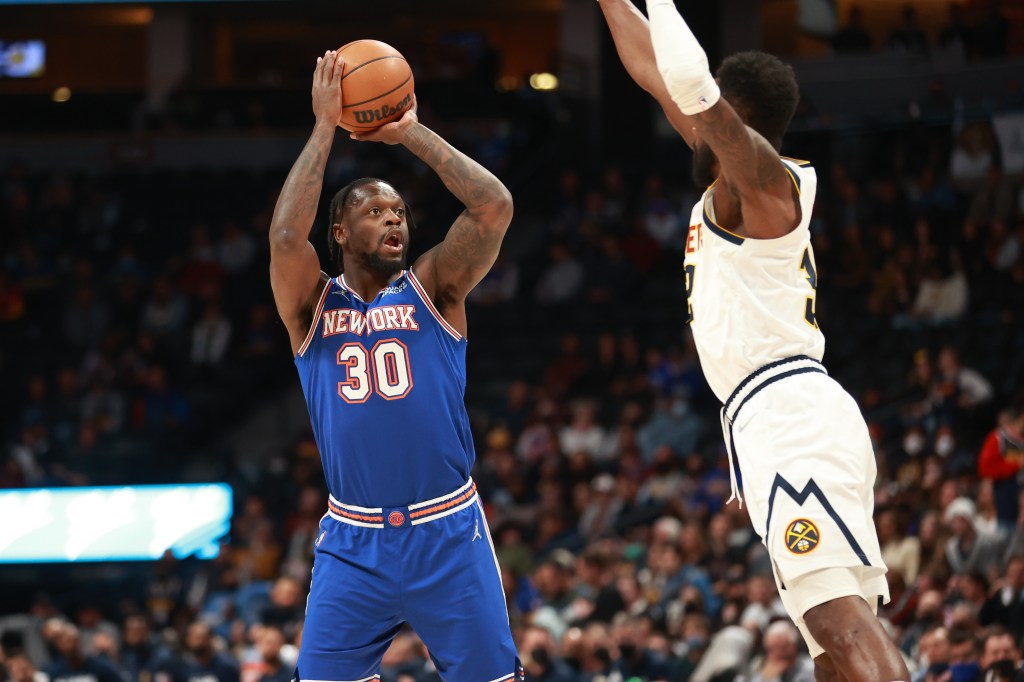 Randle averaged 29.2 points, 12.8 rebounds, and 6.2 assists in those five games out West by playing faster and more aggressively. He has powered through his poor body language like he would tear-away sweats, suggesting that maybe, just maybe, the Knicks will be worth watching when RJ Barrett returns from injury.

But even if they keep losing, the Knicks would still get something out of Randle’s resurgence. They could look to move him in the summer as part of a package to land a better player to pair with Barrett. If so, that process would become easier to navigate if Randle is steamrolling opposing power forwards all across the league.

He’s still only 27, with a contract that isn’t crazy by modern sports standards. Though it’s hard to believe that last year’s lovefest between Randle and the city would be so short-lived, divorce now seems like the logical endgame. The Knicks aren’t good enough to compete at the highest level with Randle and Barrett as their best players. Something has to change, and the 21-year-old RJ isn’t going anywhere.

So that’s what passes for good news for Knicks fans. A resurgent Randle isn’t helping their team win consistently, but perhaps he can be dealt with for someone who can.