Knicks lose to Thunder in OT after blowing late lead

The Knicks returned home on Monday night, fresh off a rough road trip but welcomed by the prospect of a soft landing.

But the Thunder, who owned the NBA’s fourth-worst record and were also missing their top two scorers, did not oblige.

Instead, the Knicks’ woes only got worse, coughing up a late lead in the fourth quarter before falling to the rebuilding Thunder in overtime, 127-123, at the Garden.

Julius Randle, despite recording his first triple-double of the season, missed a potential game-winner at the end of regulation and committed a handful of costly turnovers late before fouling out with seconds left in overtime.

Still, after New Rochelle’s Ty Jerome missed a pair of free throws, the Knicks had one last chance to tie it out of a timeout with five seconds left in OT, trailing 126-123. But Immanuel Quickley, who has been mired in a brutal shooting slump, missed an open 3 and the Thunder grabbed the rebound to ice the game.

The Knicks’ Julius Randle goes up for a shot as the Thunder’s Darius Bazley defends.Charles Wenzelberg/New York Post

The Knicks took a 110-106 lead with 4:07 to go in the fourth quarter before both teams went three minutes without scoring. The drought was finally ended by Thunder rookies Josh Giddey and Tre Mann each hitting a pair of free throws, tying the game at 110 with 39 seconds left.

Alec Burks then missed a contested shot on a sloppy possession for the Knicks, giving the Thunder the ball with the shot clock off. Evan Fournier stole the ensuing inbounds pass, though, and found Quentin Grimes for the go-ahead layup, putting the Knicks up 112-110 with 15.2 seconds left. 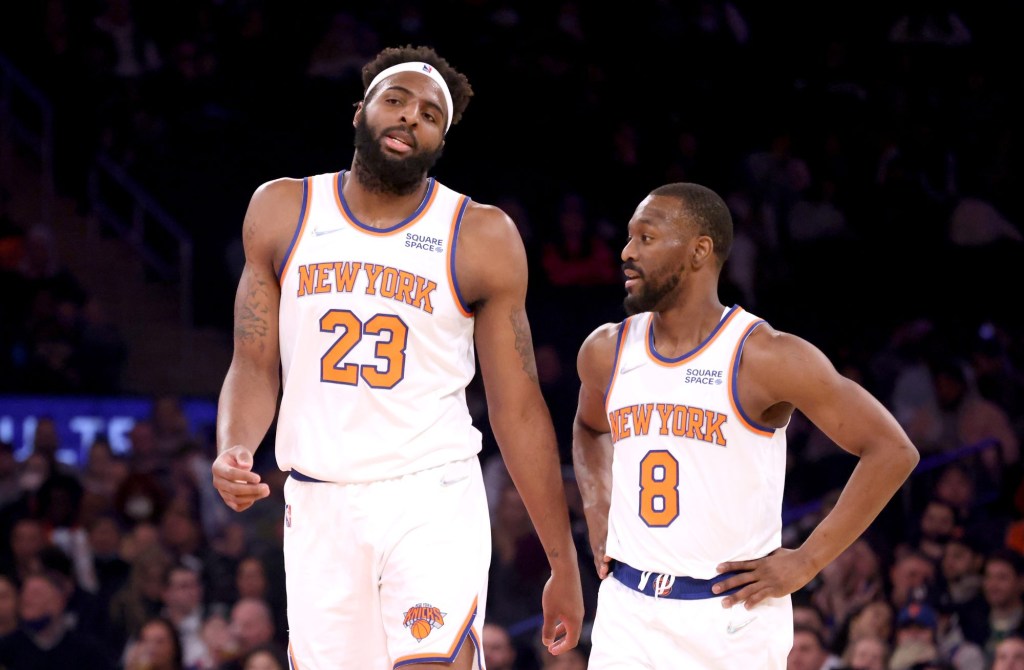 But Darius Bazley re-tied the game at 112 on a layup with 5.5 seconds to go before Randle’s step-back jumper rimmed out at the buzzer, sending the game to overtime.

The Thunder were missing their top two scorers, Shai Gilgeous-Alexander and Luguentz Dort, to injuries. But the Knicks got hurt by Giddey, the 19-year-old from Australia who poured in 28 points, 11 rebounds and 12 assists.

Randle led the Knicks with 30 points, 13 rebounds and 10 assists, but his seven turnovers loomed large in the tight finish.