Fournier may be the eternal optimist. Knicks brass is frantically looking to make at least one move to shake up a roster that has nose-dived into 12th place and a 24-31 record approaching the trade deadline Thursday.

The Knicks have made the entire roster available, with point guard Kemba Walker the likeliest candidate to be traded. But Fournier and his $78 million contract could also be on the move.

Dealing Walker and Fournier on Thursday would be an indictment of Knicks president Leon Rose’s blown free-agent summer.

“He has to attach an asset to some of them,” an NBA personnel man said. “Don’t think anyone is lining up at the door for Fournier’s contract.”

Indeed, a prevailing issue is there aren’t a lot of teams head over heels over the Knicks’ assets. One thing to consider: The Knicks are selling low, so why sell at all?

Julius Randle — on and off the court — has perplexed the organization with his odd behavior and inefficient play, but his parting is likelier to occur in the offseason, when there are more options. Plus, he has a chance to increase his trade value. On the current trip, he has averaged 29 points in the three losses.

“It’s not my job,” Randle said of the deadline. “I try to focus on things I can control. This is not in my control.”

If Randle is dealt now, it would be forever the defining moment of Rose’s reign.

There are many ways the Knicks can go. According to ESPN, the Lakers have expressed interest in swingman Alec Burks as Knicks management tries to clear a spot for Cam Reddish. Backup center Nerlens Noel has suffered through a brutal campaign after signing his three-year, $30 million extension. He has been unable to stay healthy because of a chronic knee issue.

The Knicks are still desperate for a point guard, but waiting until the offseason, when Jalen Brunson will be a free agent and Damian Lillard might ask for a trade, sounds like a better plan.

According to a source, Thibodeau wasn’t high on the Walker signing. The Post has previously reported he wasn’t all-in on the trade for Reddish trade, either. Thibodeau admitted in Denver on Tuesday that he’s not involved until a deal gets close.

Word around the league since preseason has been the Knicks’ brass is not on the same page, that there are too many cooks in the kitchen with Rose, William Wesley, Scott Perry and Thibodeau. 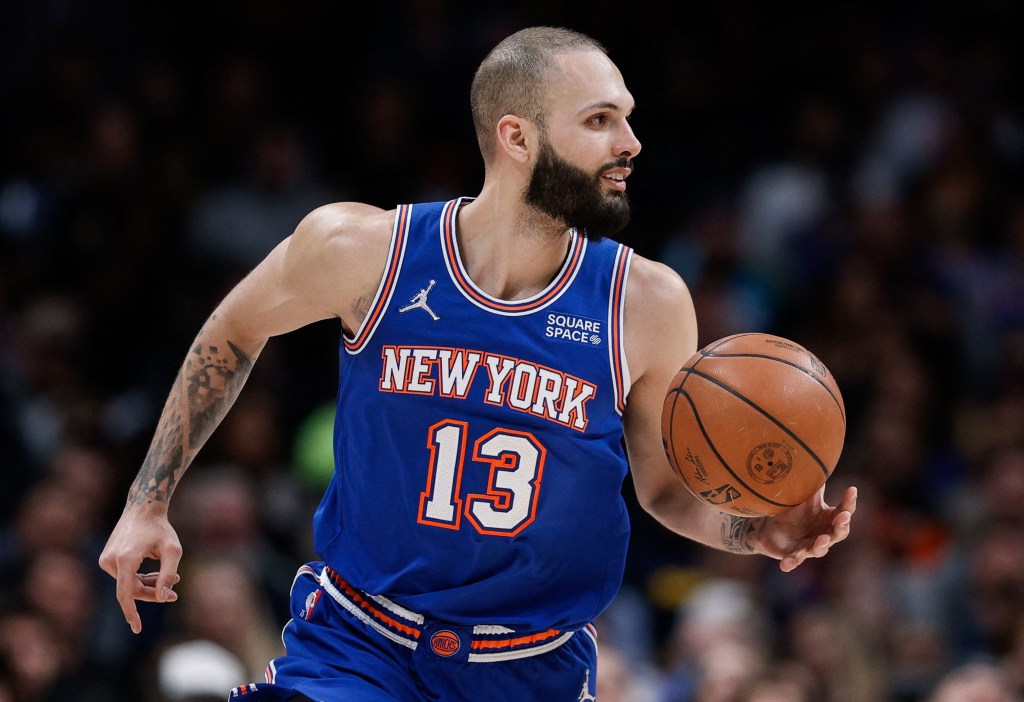 “I trust Leon, Wes, Scott,” Thibodeau said. “They’re doing what they need to do. They’re up constantly studying opportunities. If something makes sense that they feel can improve the team we’ll do it. If it doesn’t make sense we won’t do it. They do it all year round. There’s more focus because of the deadline. That’s what they have to do. If they get close on something they’ll talk to me about it. but it’s time of the year you’re looking at all the possibilities.”

“I truly do [believe],” Fournier said. “I’ve only been here for a few months so you guys probably don’t know me, but when I say something I mean it. I’m not here bullsh—ting or saying something just to say it. I really do believe we have the right pieces. “We just have to find ourselves right now. We’re kind of going through it. It’s a tough road trip. It’s a tricky part of the season, just before the All-Star break and all the trade rumors. Just focus on what matters, man.”

“We have talent, we have toughness, we have everything. And we’re not that far from playing better and getting wins. It’s just about finding a way to play and sticking with that and building confidence and all that. Stuff happens almost in the NBA, when you look at the Cavs and how they’re playing. They’re talented, but not overly loaded. Even how these guys played last year — they executed.

The Knicks have not found the right chemistry and are playing with low confidence in fourth quarters.

Last trade deadline, the front office was hesitant to act and made minor moves because it didn’t want to mess with the camaraderie of the locker room. The Knicks didn’t add a body, just dispatched Austin Rivers and Ignas Brazdeikis in minor deals.

Fourner said at this juncture he’s no longer bothered by the rumors.

“No, not at all, man,” he said. “To be honest, the very first time I heard my name in trade rumors was probably my second year in Orlando. At first it’s a weird feeling to see your name pop up. Your friends are all calling you, ‘What’s going on, do you know anything?’

“The truth is as long as nothing happens, it doesn’t matter. We have a job to do, we have games to win. We have to prepare the same way. So yeah, it really doesn’t matter. Actually, the one time I got traded from Denver to Orlando there was no rumors at all. There was nothing. So stuff like that, it’s just a business. Year 10, you just don’t worry about that.”