The French winger has entered the final six months of his contract (Picture: Getty)

Ousmane Dembele and his agent have spoken to Xavi and assured the Barcelona manager he wants to extend his contract at Camp Nou despite interest from Chelsea, according to reports.

The French winger has entered the final six months of his contract and negotiations over a new deal have proven to be extremely difficult, with Dembele supposedly asking for a pay rise at a time when Barca have been asking key players to reduce their salaries due to their financial issues.

Dembele was even removed from their matchday squad to face Athletic Bilbao in the Copa del Rey last week, with sporting director Mateu Alemany saying he was not ‘committed’ to the club and would be sold. 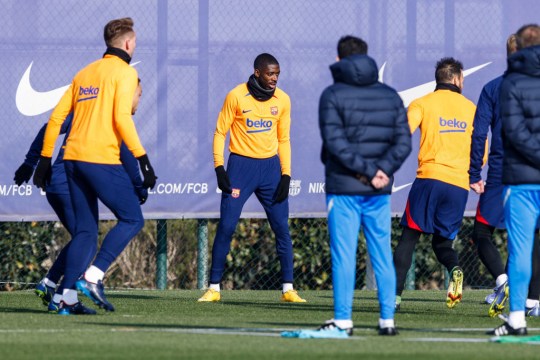 That opened the door for the 24-year-old to leave the club this month for a cut-price fee, with Barca keen to get his enormous wages off their books if he is not going to be playing for the club.

Chelsea – who are managed by Dembele’s old Borussia Dortmund boss Thomas Tuchel – emerged as a potential destination, although the attacker released a statement saying he intended to ‘give his all’ for Barca and would not give in to ‘blackmail’.

Dembele’s agent Moussa Sissoko – not the Watford midfielder – had been in London though, adding further fuel to the speculation that Chelsea could make a move for the winger.

On Tuesday, Sissoko left London and flew to Barcelona to hold face-to-face talks with Xavi, and according to Mundo Deportivo, those talks were largely very positive.

Jordi Cruyff, who has an advisory role at Camp Nou, was also in attendance, though Alemany – who effectively told Dembele he needed to agree terms or leave the club – was not present after testing positive for Covid.

The player and his agent both reiterated to Xavi that their desire is to continue at Barcelona despite the interest from Chelsea and other clubs, and all parties have once again begun talks about a new deal. 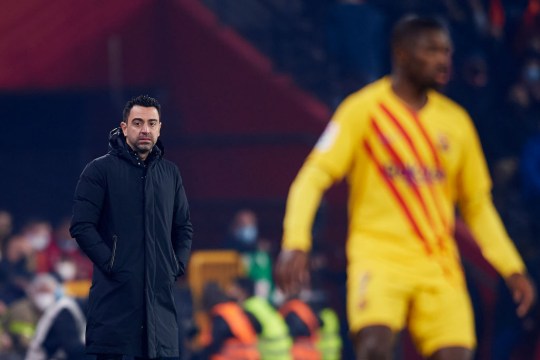 Dembele is enjoying playing under Xavi and is delighted with the trust and praise he has received from the Barca boss, who said he can be one of the best players in the world in his position.

Nevertheless, Barca’s position has not changed and they still made it clear that they will look to sell Dembele before the end of the month if he does not commit to a new deal.

Interestingly, when Sissoko touched down in Barcelona, ​​he was photographed receiving a call from Paris Saint-Germain sporting director Leonardo, with the French side also interested in signing Dembele.

What Ben Simmons will bring to the Nets: The pros and cons