Azpilicueta’s current contract is due to expire at the end of the season and the 32-year-old is yet to reach an agreement with Chelsea over a new deal.

Reports have claimed that Azpilicueta is holding out for a longer deal as Chelsea are only willing to offer a one-year contract with the option of a 12-month extension.

Barcelona have reportedly held talks with Azpilicueta about a move to Camp Nou, while Atletico Madrid are also interested in the Chelsea captain, who moved to Stamford Bridge in 2012.

But Fabregas, who played alongside Azpilicueta at Chelsea and with Spain’s national side, says his former teammate is heading to Barca. 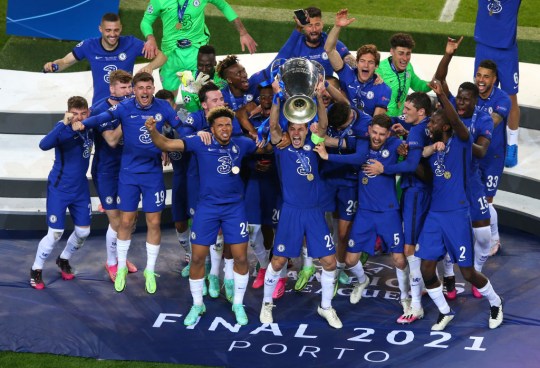 When asked about his future this week, Azpilicueta refused to rule out the prospect of leaving Chelsea at the end of the season.

‘I’m not going to speak about my future,’ the Spaniard said.

‘We are one day before the semi-final of the tournament.

‘Of course, I arrived in the summer of 2012 and I didn’t have kids. My kids were born in London and you know how I feel about Chelsea.

‘But I am not going to comment on my future.’