The key component to this basketball blockbuster is still only 25 years old, and it really wasn’t that long ago he was being measured for immortality. Ben Simmons has made basketball purists salivate at what he could be because he has always been proficient at the things even some of the very best basketball players don’t like to think about.

“He’s a treasure. He’s something that you don’t see a lot in this league. I see greatness in him,” 76ers coach Doc Rivers said last spring, after a playoff game against the Wizards in which Simmons had 15 assists, 15 rebounds and six points.

Of course, less than a month later Rivers was singing a different tune, asked point-blank on the day his team was ousted from the playoffs if Simmons could be the point guard on a championship team.

“I don’t know that question or the answer to that right now,” Rivers said, and that was the moment Simmons started to become an ex-Sixer, his own coach lending voice to Philadelphia’s calcifying view of Simmons.

The Nets hope Rivers is wrong, of course. They are banking on it. Sean Marks finally abandoned hope that the Brooklyn Big 3 could ever become more than a wishful, whistful what-if and ended the experiment after 16 games (only one this year), 13 wins, one playoff victory and zero championships.

Get the latest updates from NBA trade deadline day with the New York Post’s live coverage.

James Harden put Marks in a brutal spot, 13 months after the Nets’ GM surrendered a gaggle of picks and draft swaps plus young talents Jarrett Allen and Caris LeVert. At the time it felt like a ludicrous haul; now it seems worse. Harden seemed willing to subjugate his game but had only those 16 opportunities.

Then Harden did what Harden does: turned off, he tuned out. And wanted out. Marks couldn’t afford to lose him for nothing next summer, so he had to make this work. They didn’t get either Tyrese Maxey or Matisse Thybulle, a win for the Sixers. But they also lose a disgruntled Beard. The Nets have to believe that’s a win for them.

Because as loudly as either side of this swap can claim the upper hand, this is the only true thing we know right now: the Big 3 failed in Brooklyn. That’s a red mark against Marks’ record. And a bigger one against Harden’s, who quit on the Nets same as he did the Rockets. He had to go. 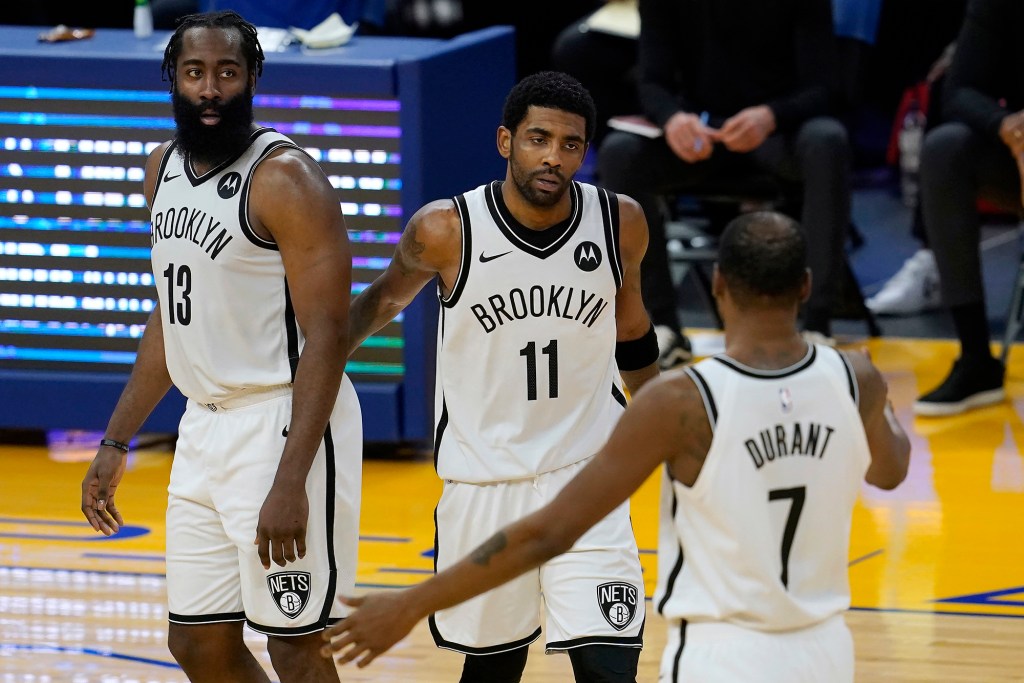 For the Nets, Thursday’s trade — and Marks’ increasingly improvisational path toward crafting a champion in the Borough of Churches — will be defined by who Simmons is when he starts playing for them, and what he is.

Again: it wasn’t that long ago that Simmons was the crown jewel of the Sixers’ ballyhooed “Process,” the foundation around which Philly believed it could build a champion. And Simmons could do just about anything you wanted from an elite player, except one.

And yes: in basketball, that’s a tough hole to have in your game. And he’s an equal-opportunity bricklayer: .147 from 3 for his career (he’s only attempted 34 of them in four years) and .560 from the foul line. Against the Hawks last year he looked utterly petrified down the stretch. It was difficult to watch. And just about sealed his fate in Philadelphia. 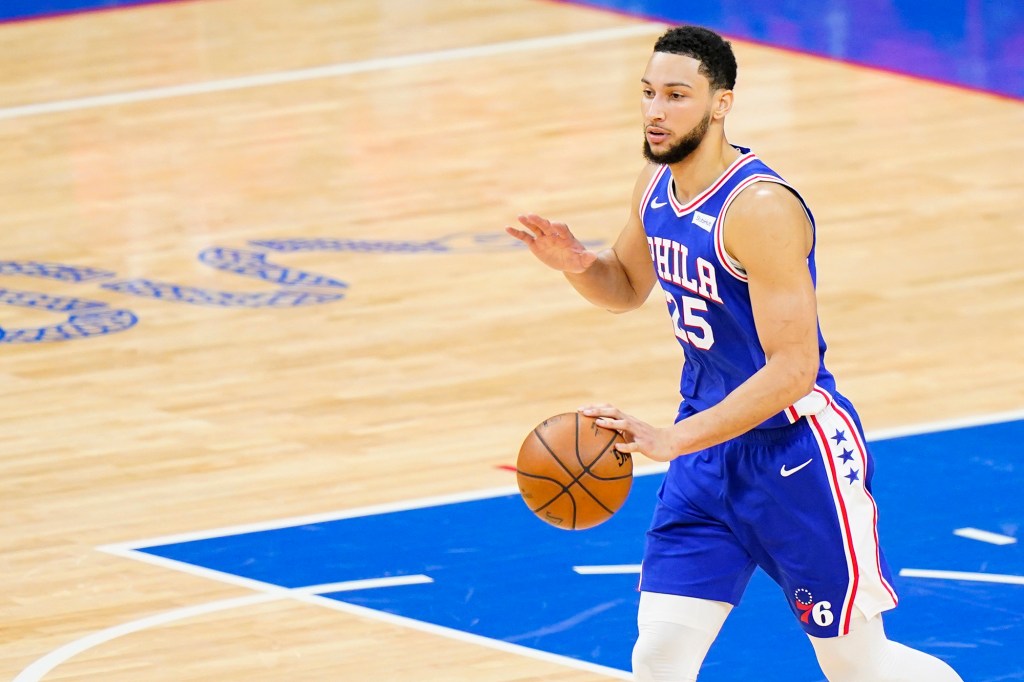 Can Ben Simmons be the final piece of the Nets’ puzzle?AP

Here’s the thing, though.

In Brooklyn it will certainly be a blessing that he doesn’t force his shot. At his best, Simmons’ game is to set everyone else up and only call his own number when absolutely necessary (and he has shot .564 on 2-pointers for his career). On a team with Kevin Durant and Kyrie Irving (plus Patty Mills and, now, Seth Curry) his game should fit in perfectly.

Let’s be kind: the Nets are not a good defensive team. They are, in truth, deplorable on that end of the floor. And one ace stopper won’t suddenly turn them into the 2004 Pistons. But it’s a start and it’s a huge addition. Adding Andre Drummond and his hulking presence won’t hurt, either.

Of course, that’s if the Nets end up with best-case Ben. 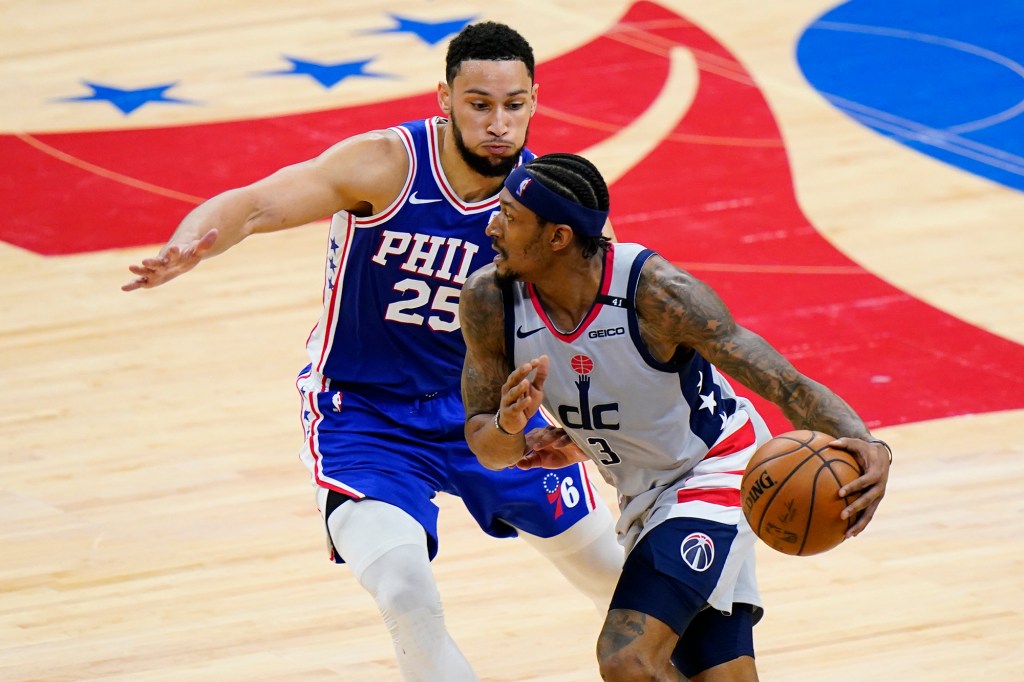 Ben Simmons’ defense could give the Nets a big lift.AP

And there is no way of knowing what version they’ve gotten until he takes the floor again, whenever that is. There is the deer-in-headlights version of him, which is the last version we saw of him last spring.

And let’s not forget, mental health issues aside, he helped burn the Ben Franklin Bridge every bit as much as Harden set fire to the Williamsburg. After one of his final appearances at a Sixers practice in October, Embiid finally had enough:

“At this point, I don’t care about that man, honestly,” Embiid said. “He does whatever he wants. At the end of the day, our job is not to babysit somebody.”

Enigmatic riddle or final puzzle piece? It’ll be fun to find out.

Stuttgart duo to miss out against Leverkusen