The Gunners are still looking to bring in a new forward on deadline day (Pictures: Getty)

Arsenal are ready to make an eleventh-hour move for Juventus frontman Alvaro Morata with Mikel Arteta’s assistant even phoning the striker, according to reports.

The Gunners had hoped to bring in a new forward this month but were thwarted in their attempts to sign Serie A topscorer Dusan Vlahovic – who instead moved to Juve – while Alexander Isak looks set to stay at Real Sociedad until the summer.

But Arsenal are looking very light up front after loaning out Folarin Balogun, while Pierre-Emerick Aubameyang and Eddie Nketiah could join him. 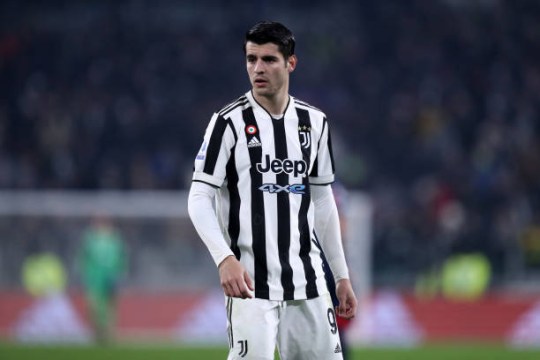 Morata could be on the move before Monday’s deadline (Picture: Getty)

Barcelona are working on a deal to sign the Gabon international – who was banished from the Arsenal squad by Arteta – but need to offload Ousmane Dembele first, while contract rebel Nketiah is wanted by Newcastle and Crystal Palace.

If both players leave on deadline day, the Gunners will be left with just one senior striker for the rest of the season: Alexander Lacazette – who is also in the final six months of his contract.

But according to Spanish newspaper AS, Arsenal are still trying to bring in a new forward before Monday night’s deadline and are attempting to pull off a complicated deal for Morata.

The Spain international is currently on loan at Juventus from Atletico Madrid, but the arrival of Vlahovic means the Old Lady would be prepared to terminate his loan.

He had been linked with a loan switch to Barcelona, ​​but Atleti have made it clear they will not strengthen a rival and will only loan Morata to a foreign club. 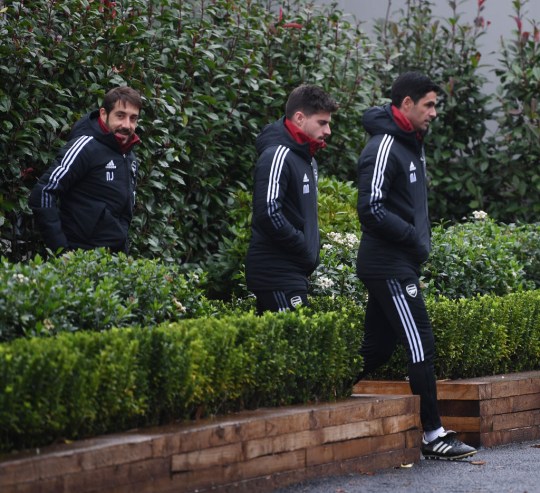 Molina, centre, knows Morata from their time together at Atletico (Picture: Getty)

That has alerted Arsenal to his availability and AS claim Arteta’s assistant, Miguel Molina, has personally phoned Morata to convince him to join the Gunners.

Molina, who previously worked at Atletico while Morata was also there, outlined how he would fit into the team as well as selling the Arsenal project, even describing the 29-year-old as the ‘missing piece’ of the puzzle.

Morata already knows the Premier League from his time at Chelsea and listened to Molina’s pitch with interest, though has some reservations about returning to London again while the deal itself will be very difficult to pull off.

Deschamps comes out of silence on the Zouma affair