Sierra Canyon’s Ramel Lloyd Jr. is Ready For the Next Level at Nebraska

Sierra Canyon High School has emerged as one of the most recognized basketball schools in the world. While it features some of the country’s top prospects and attracts celebrities to games, the hard work behind the scenes is what helps its prospects achieve success.

“What comes with it is definitely worth it, but it’s not easy,” senior guard Ramel Lloyd Jr. told SLAM.

While Sierra Canyon may look glamorous on social media and on television, it’s a grind. As such, it’s an opportunity for players like Ramel Jr. to achieve their dreams of making it to the NBA.

Playing for a high school of this caliber brings additional pressure, but the opportunity also prepares players for the bright lights.

“I’ve played in front of all types of celebrities and crowds,” Lloyd Jr. says. “I mean, nothing at this point really fazes me. Like my high school experience might be even crazier in terms of fans and just how hectic it is here that it might be in college.”

Lloyd Jr. and his teammates, including Bronny James and Amari Bailey, who’s one of the top prospects in the nation, have showcased their high level talent at Staples Center in Los Angeles, playing in front of superstars like LeBron James, Chris Paul, Carmelo Anthony and Russell Westbrook among others.

When asked about what moment has stood out most thus far in his high school career, the 6-foot-6 guard . ultimately landed on the game against LeBron’s alma mater, St. Vincent-St. Mary, back in December.

“There’s been a couple. Obviously LeBron, I’m a huge fan. Drake was at a couple games, which is pretty cool. I think the one that got me though, was Floyd Mayweather. At the Staples Center game, I just had gotten a dunk. I was going by the bench and he looked at me and he said something about the dunk kinda laughing, interacting with me. It was a pretty surreal moment and I didn’t even know he was sitting there until then. I was like whoa is that Floyd Mayweather?”

Making his way to Sierra Canyon took hard work and proving he was capable of playing at that level. Lloyd Jr., who is from California, started hooping when he was four years old and was both mentored and coached by his father at an early age.

“I didn’t really play any other sports growing up. I was always basketball,” Lloyd Jr. explains. “I grew up watching my pops at the end of his professional career so I was always kind of around it, so that’s what I wanted to do.”

His father, Ramel Lloyd Sr., spent his freshman season at Syracuse before an excellent three-year career at Long Beach State, where he averaged 17.4 points before playing professionally overseas for over a decade.

“Me and my dad, we’re super close,” Lloyd Jr. says. “So it was always easy for us to do it. He’s my best friend off the court, on the court—my coach, my dad, everything in one. We had our battles and fights, but he’s the reason why I’m here today. He taught me everything I know about the game. My whole game is him. You know, he’s the first person to train me and everything I do, I got from him.”

Growing up around a player of his father’s caliber was both inspiring and an opportunity for him to learn how to evolve his game. Although Lloyd Jr. was one of the tallest players on his teams growing up, his father knew he would eventually be a guard at the highest level.

“I was always pretty tall. But the thing was, I played for my dad so even though he was tall—he’s like he’s only about 6-foot-5 — he knew I wasn’t gonna be big, like 6-foot-9 or 6-foot-10 when I was full grown,” he says. “So even though I was taller than all the kids, he would have me play the guard. He knew eventually I would turn into a guard completely.”

It’s all paid off, as Lloyd Jr. will head to Nebraska next season to play for Fred Hoiberg and the Cornhuskers. In fact, it’s those guard skills that Hoiberg will leverage throughout Lloyd Jr.’s college career.

“I had coaches recruiting me for all different things: point guard, shooting guard, combo guard, wing, whatever,” Lloyd Jr. says. “At Nebraska I’m going to play a lot of point guard. Coach Hoiberg loves how I read the floor, my vision and just kinda my flow in terms of the pace so he really wants to be on the ball a lot next year. In my opinion, I’m a combo guard. But the game is going towards positionless basketball, so at the next level, I can be one through four.”

Even before he graduates high school and heads to college, Lloyd Jr. still has goals he’s set out to achieve. Before his time at Sierra Canyon comes to an end, he let us know that he’s working towards helping the team win both a state and national championship.

For a player of Lloyd Jr.’s caliber, the end goal is the NBA. He feels like Nebraska was the perfect fit to give him the best chance of making that goal a reality.

“Nebraska had all of the tools and things needed for me to become a pro. I felt like Coach Hoiberg and the staff would be big on my development with all the NBA experience. I thought they were really invested in me as a player and as a person and just wanted to see me be better and get better. Just playing in the Big Ten and being able to play right away and just have that experience, I couldn’t really pass it up.”

It’s been a breakout season for the future Cornhusker, as he’s helped lead the Trailblazers to a 19-2 record as of writing this, including ten-straight wins. After overcoming an injury that kept him sidelined over the summer and into the preseason, Lloyd Lloyd Jr. really hit his stride of late—he won two separate tournament MVP awards and made a statement at the Iolani Classic in Hawaii, where he had three 20-plus point games to conclude the tournament. 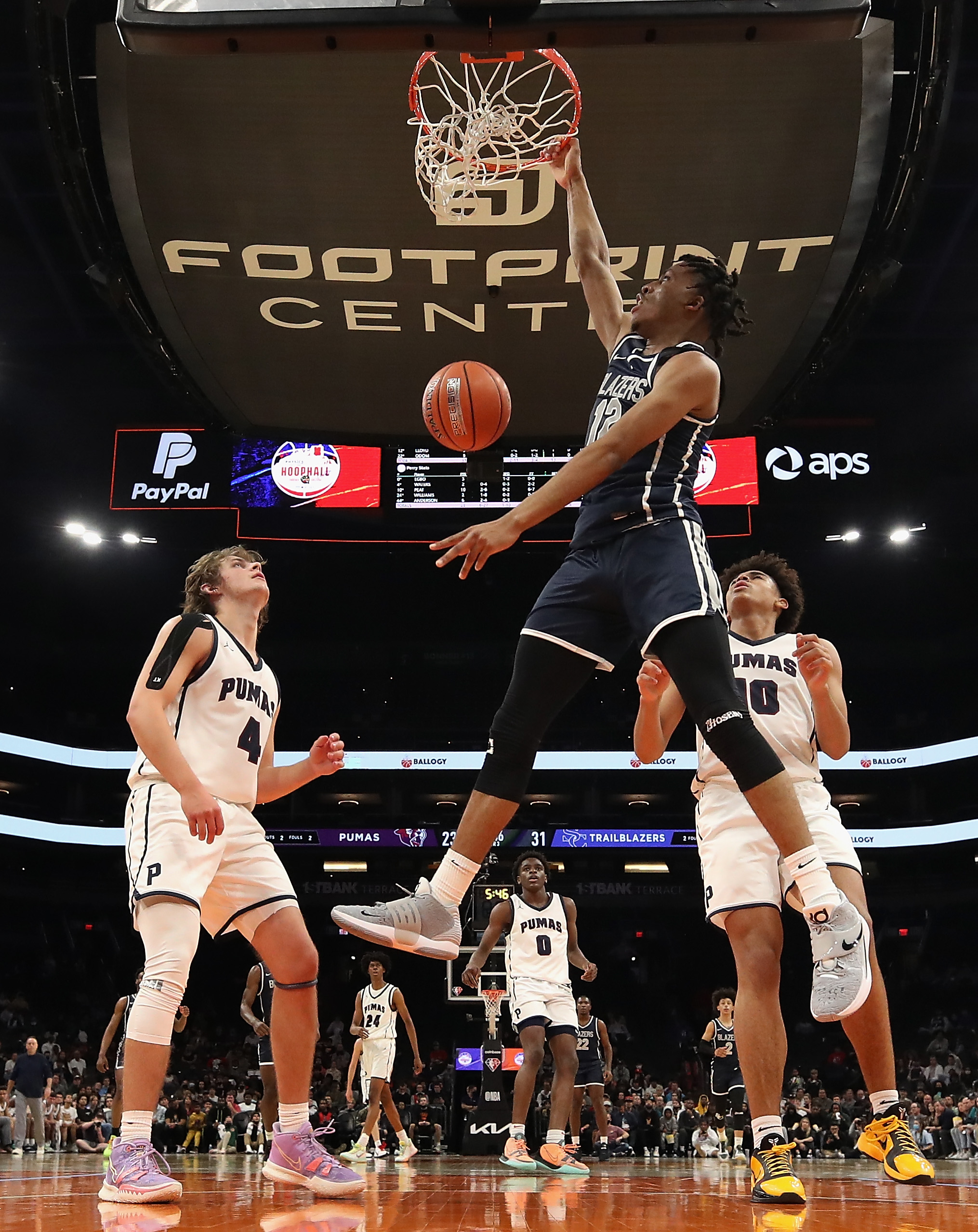 “I feel like I’ve always been here,” he says. “I feel like it was just a matter of time for me. To really do it at the big stage, the bright lights, you know, you know, just getting here. This past summer I struggled with injuries and a lot of things that sideline me. So just getting healthy and and coming back now for my senior year playing these big games, I just was really trying to show that I am who I feel like I am—one of the top guys in the country. I’m healthy and I’ve just been doing my thing. So I’m gonna continue to do that moving forward.”

Playing with and against premier competition has surely prepared Ramel Lloyd Jr. for what’s to come at the next level.

“You have to play against the best to be the best, so just constantly playing against top guys and guys with that same potential is only getting me better.”