Pierre-Emerick Aubameyang claims Mikel Arteta was his only problem at Arsenal and insists he ‘never wanted to do anything bad’ during his time at the Gunners.

The striker completed his move to Barcelona in the final hours of the January transfer window after Arsenal agreed to terminate his £350,000 a week contract.

Aubameyang’s transfer came several weeks after Arteta decided to strip the striker of the Arsenal captaincy following a series of disciplinary breaches.

The 32-year-old did not feature for Arsenal after the armband was taken away from him, while he was also excluded from the team’s warm-weather training camp in Dubai this week.

And Aubameyang says he is ‘better’ after deciding to push ahead with his switch to La Liga.

‘They were some complicated months, sometimes football is like that,’ Aubameyang said at his presentation on Thursday. 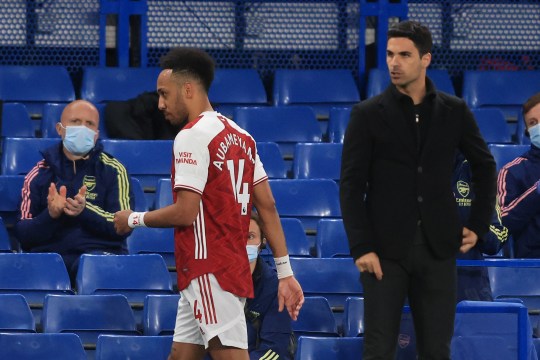 ‘If I had to say something about this, I would say on my behalf I never wanted to do anything bad.

‘I have to put this behind me, that’s in the past, now I want to think about he present.’

Asked if the problem was only with Arteta, Aubameyang replied: ‘Yes, I think it was just with him and then I made this decision.

‘I can’t really tell you much, he wasn’t happy and that was it.

‘I can’t say anything else because that’s what happened.

Sierra Canyon's Ramel Lloyd Jr. is Ready For the Next Level at Nebraska