Alexander Isak has refused to rule out the possibility of joining Arsenal this summer but insists he is ‘happy’ at Real Sociedad.

The 22-year-old, who has scored eight goals for the Spanish club this season, was on Arsenal’s shortlist during the January transfer window with Mikel Arteta keen for the club to sign a new striker.

However, Real Sociedad were unwilling to entertain offers that were lower than the Sweden international’s €90 million (£75m) release clause.

Isak remains on Arsenal’s radar ahead of the summer window but the striker is adamant that he is not pushing for a move away from Real Sociedad.

When asked about Arsenal’s interest, Isak told Mundo Deportivo: ‘I am not talking about other clubs.

‘I am a real player, I work here and this is my club. My work is on the pitch, and as I told you before, there are other people who work outside.’ 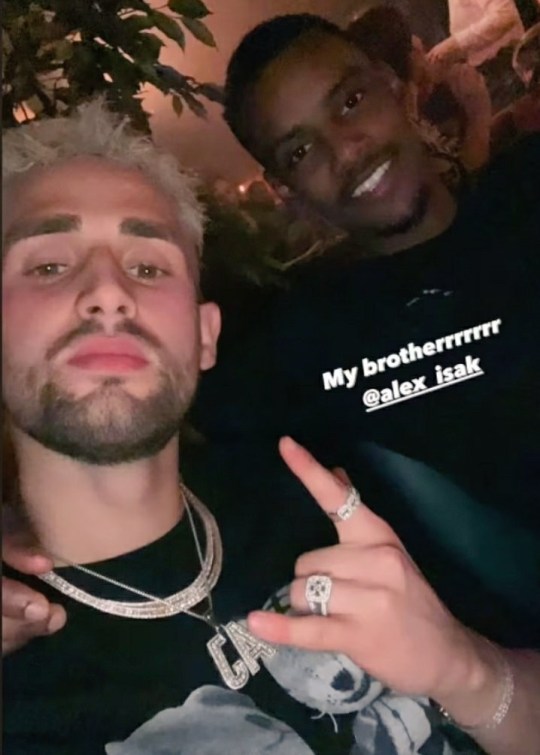 Asked if he will stay at Real Sociedad, Isak replied: ‘You can never be sure of anything.

‘As I always say, you never know what can happen in football but in the end I’m here, happy, and nothing more.’

Isak also dismissed suggestions that he was in London last weekend to push through a move to Arsenal in the closing stages of the transfer window.

The striker was spotted in a nightclub and out shopping with former Manchester United winger Adnan Januzaj, who is his teammate at Real Sociedad.

‘It was to spend our free time, it is our private life and there is not much more to say about that,’ he said.

‘The players had rest days on the weekend, it is our free time.’

Artist Melanie Charles is Intertwining Jazz With Her Love For Hoops