The Frenchman’s name was jeered when read out before Sunday’s game (Picture: Getty)

Barcelona boss Xavi has pleaded with fans to stop booing contract rebel Ousmane Dembele after the Frenchman’s name was jeered and whistled during Sunday’s win over Atletico Madrid.

The Catalan giants secured a 4-2 victory over Diego Simeone’s men at Camp Nou, a result which sees them leapfrog Atleti up into fourth spot as they look to secure Champions League football for next season.

Barca unleashed several new signings in the match, with Adama Traore grabbing an assist on his debut and Pierre-Emerick Aubameyang coming off the bench late on for a brief cameo. 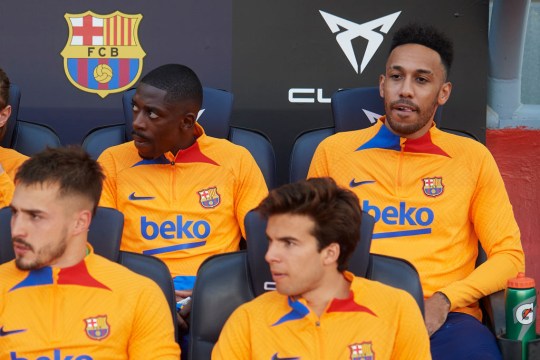 Dembele had a watching brief against Atletico (Picture: Getty)

But Dembele – who has refused a new contract on a smaller salary and snubbed a January exit – was an unused substitute, while supporters booed his name when it was read out prior to kick-off in Sunday’s match.

Xavi insists the winger, who is set to leave on a free transfer in the summer, will still play an important role for the team between now and the end of the season and urged fans to get behind him.

‘The fans were 10 out of 10, the support was brilliant throughout the game. But I would like them to support Ousmane, too. I’d ask them to stop booing him,’ said Xavi after the match.

‘It was a technical decision for him not to play. The idea was for him to play, but I decided to do other things because of the red card and the way the game went. Circumstances led me down another path in the end.’

‘If we have to pay Dembele until June 30 then it’s logical that Xavi says he wants to use him,’ Laporta told Movistar+. 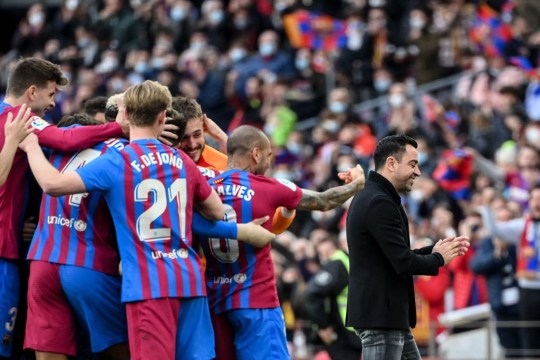 ‘We hope that Ousmane behaves professionally and at the end of the season we can say it was a good decision.’

On Traore’s first performance back at Camp Nou, Xavi said: ‘He’s a really mature player. He knows when to dribble, when to wait… he chose his moments well.

‘Physically, he’s an animal, a beast. He’s a pure winger and he will help us. He’s a great signing and it was a great debut. Adama can make the difference. He’s strong, a great dribbler and he also helps in defence.’