The Trail Blazers are blazing a trail to the bottom of the standings.

Portland is reportedly finalizing a deal to send star guard CJ McCollum to the New Orleans Pelicans in exchange for Josh Hart, Nickeil Alexander-Walker, Tomas Satoransky and draft compensation, according to The Athletic’s Shams Charania.

The Post previously reported that the Knicks were interested in dealing for McCollum, but it appears he will be headed to New Orleans instead.

It’s the second significant deal the Trail Blazers have made in recent days, after they sent Norman Powell and Robert Covington to the Clippers in exchange for Keon Johnson, Eric Bledsoe and Justise Winslow. Powell and Covington were two of Portland’s best shooters and are both plus defenders.

Now, the team is jettisoning McCollum, who has spent all nine of his NBA seasons with the Blazers. The 30-year-old has averaged over 20 points in every season since his second year, and Portland has made the playoffs in all eight full seasons.

CJ McCollum in game against the RaptorsGetty Images 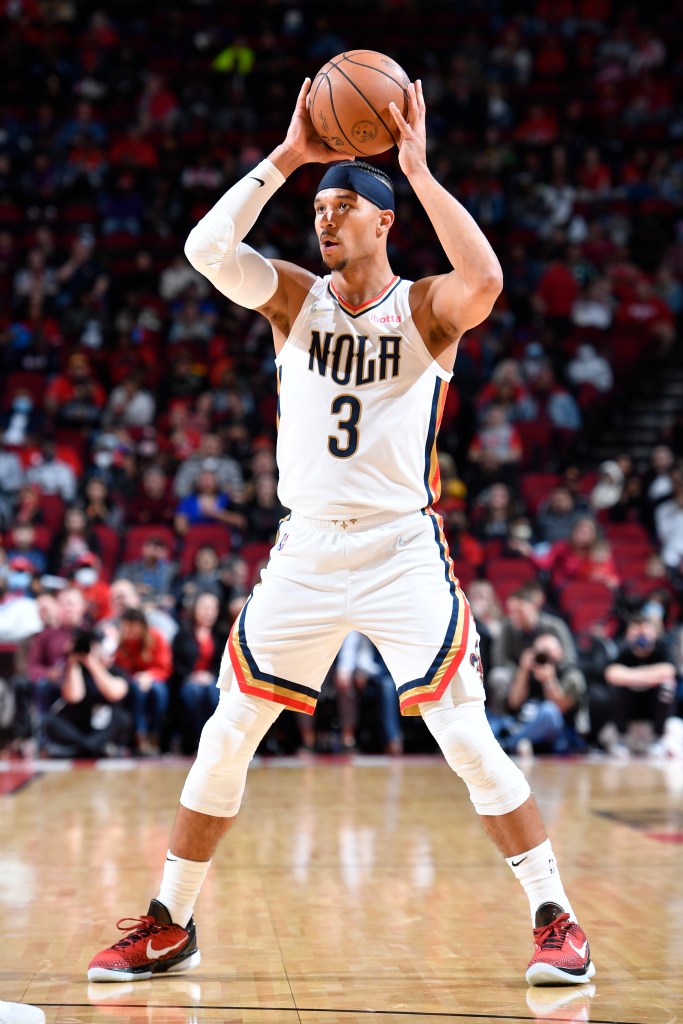 It certainly looks like that streak will end. The Blazers sit at 21-33 and in the 11th seed in the Western Conference. If the season ended today, they would miss the play-in tournament, and that record seems likely to suffer even more with many of their best players in different cities.

With a teardown appearing in process, will franchise centerpiece and six-time All-Star Damian Lillard be next? A report in The Athletic earlier in the season suggested that Lillard was frustrated with the team’s play, though the star point guard denied the claims.

Even if he stays, it’s hard to imagine Lillard will be pleased to see his longtime backcourt-mate go.