Dani Alves admits he’s unhappy with Xavi’s decision to drop him from Barcelona’s Europa League squad but insists he will not bring ‘negative energy’ to the team.

Xavi was faced with a dilemma as Barcelona could only register three of their four new signings as Ferran Torres, Adama Traore and Pierre-Emerick Aubameyang also moved to Camp Nou in January.

Alves was the player who made way ahead of Barca’s Europa League campaign, which begins against Napoli later this month.

‘The coach knows what I think,’ Alves told Movistar when asked about the decision.

‘When he signed me, we talked about what he could contribute. When making the decision, he knows that the player is not going to be happy, but I know my position and what my role is here. I understand the moment and the decision.

‘I’m always focused to try to help as much as possible, but we are employees. The club decides. I came to help, to add, to bring a gain in competitiveness and a winning spirit. 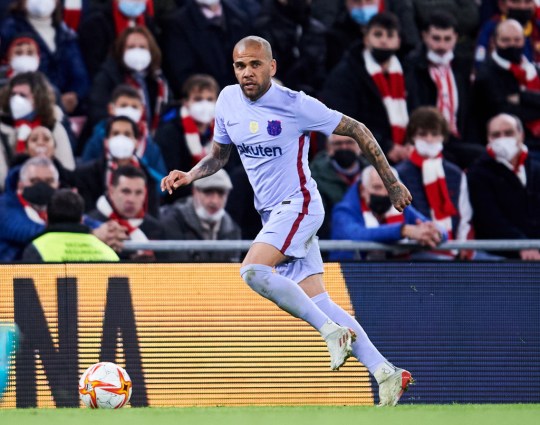 ‘These are phases of life that a person has to accept. I would like to be on the list, but unfortunately there were four players for three spaces.

‘I will not contaminate myself with negative energy. I will keep trying to help.’

Alves also urged Barcelona to reintegrate Ousmane Dembele for the remainder of the season after failing to sell the winger in the January transfer window.

‘The situation reaches a point where these things happen. As long as you’re still in the club, you have to defend your shirt, defend your teammate,’ said the Brazilian. 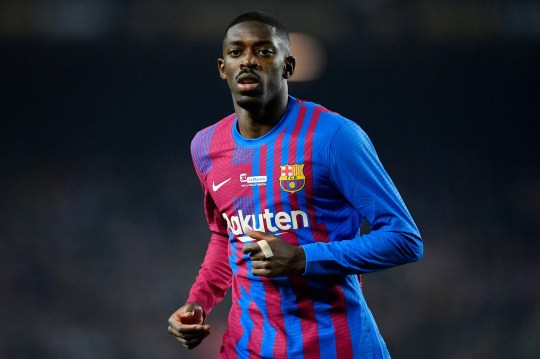 ‘If he leaves at the end of the season, well look, there are five months left, we have to take advantage of the fact that he’s here.

‘Situations come when you have to be smarter than your ego. You have to think intelligently and take advantage of the fact that the player is there. We are here trying to create a healthy and positive environment, where there are no bad vibes. Barça is going to come back.’